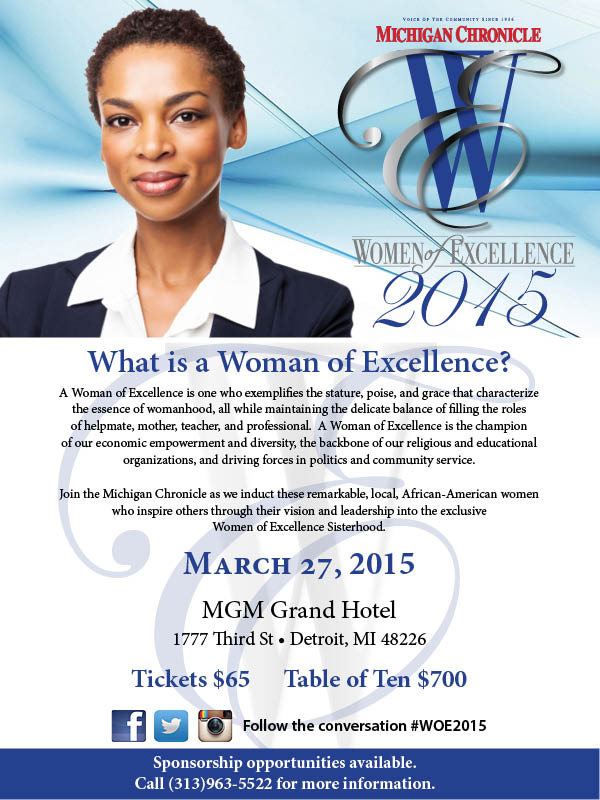 The Michigan Chronicle, the region’s oldest, most respected African American newspapers, recently announced its 2015 Women of Excellence Honorees.  Now in its 8th year, the induction ceremony for this year’s Women of Excellence will take place on Friday, March 27, 2015 at the MGM Grand Casino Hotel.