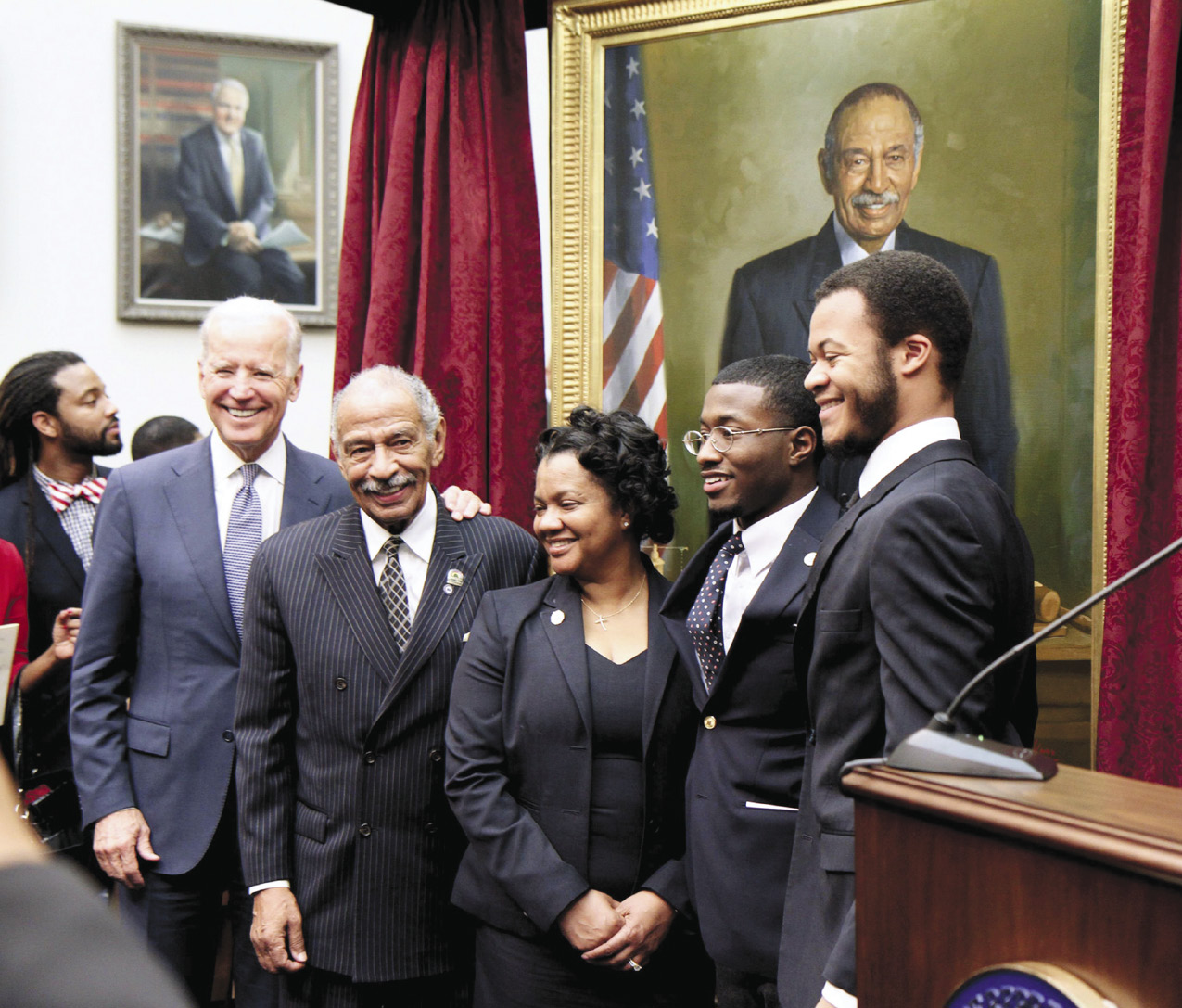 Last week U.S. Representative John Conyers entered another pantheon of American legislative history when he became the first Black dean of Congress, making him the longest serving member of the world’s most powerful legislative body. That honorable designation, among other things, means Conyers will be the one to swear in the Speaker of the House of Representatives.
For a man who has been at the center of many equal rights battles in the last five decades, becoming the first African American to hold that venerable title in the country after another giant, Congressman John Dingell, the former dean, retired, captures the climax of his public service.

In this exclusive interview with Bankole Thompson, editor of the Michigan Chronicle, Conyers speaks in-depth for the first time after taking the helm as the dean of Congress and reflects on his years of public service and what that means for the Detroit congressman moving forward. He discusses Dr. Martin Luther King Jr’s endorsement of his run for Congress, his relationship with President Obama, and what he plans to do now as the member of the U.S. House of Representatives with the most sen­iority.
Excerpts from that interview follow.
MICHIGAN CHRONICLE: What is the feeling like to be the first African- American dean of Congress?
JOHN CONYERS: It’s a tremendous honor for me to become the dean of the House and the longest serving member of Congress. As I stepped forward to the House Floor as dean for the first time on Jan. 6 to administer the oath to the Speaker-elect for the 114th Congress, I thought back to my experience taking the Oath of Office for the first time 50 years ago, at a time when Congress looked quite a bit different. I was elected during a tumultuous but fruitful time in the history of the Congress and the history of the nation. The Civil Rights Movement was gaining real traction but the tragic war in Vietnam was gaining steam.
There were fewer than 10 African-American members of the 89th Congress, which began in 1965. There are now over 45 African-American members of the 114th Congress. That’s real progress.
But we still have our work cut out for us when it comes to achieving real social and economic inclusion. My new role as Dean of the House presents an important opportunity to work toward meeting these challenges.
MC: Which equal rights battles do you consider the most instructive in your congressional career?
JC: Through the course of my career, I’ve had a straightforward aim — to live out Martin Luther King, Jr.’s vision of a society oriented toward jobs, justice and peace.
As a member of Congress and eventually as chairman and ranking Democrat on the House Judiciary Committee, I have worked successfully to pass legislation to create the Martin Luther King Holiday, reduce egregious sentencing disparities, expand protections against hate crimes, prevent and punish violence against women, and to help bring tens of millions of Americans access to healthcare, help accelerate the recovery from the Great Recession, help prevent and end unjust wars abroad.
MC: The designation of you being the only congressman in living history to have been endorsed by Dr. Martin Luther King Jr. is a distinction unto itself. Do you feel a burden with that designation?
JC: Dr. King’s endorsement was, without a doubt, one of the greatest honors of my life. Far from a burden, it’s been a “North Star” for me as I’ve navigated tumultuous waters of politics and policy over the last 50 years. I’ve tried to stay true to his mission of striving not only for political and social equality but also economic equality and full employment.
MC: How did your relationship with President Obama start that led you to becoming the first major U.S. lawmaker to endorse him for president?
JC: I’ve been a great admirer of President Obama since he came onto the political scene. I was honored to offer him my counsel on several policy issues when he arrived in Washington. He came to my office when he was still contemplating a run for president, even before Michelle Obama had signed off on his candidacy. I immediately gave my endorsement.
MC: Some in the Black intelligentsia and civil rights community have criticized President Obama, saying he has not done enough for Blacks. Do you share that view?
JC: I believe he will go down in history not only as the first African-American president of the United States, but as the president who extended health care to millions, stopped the worst recession of the last half century, saved the auto industry and ended wars in the Middle East.
MC: What do you hope to achieve now as dean of Congress?
JC: My focus remains on jobs, justice and peace. In the coming Congress, I am committed to passing H.R. 1000, the Humphrey-Hawkins Full Employment and Training Act, as a pathway to realizing a simple ideal, that every American who wants to work deserves the right to either employment or training.
I am working on raising the federal minimum wage to a living wage of $15 per hour to uphold the principle that no one who works full-time should ever be allowed to live in poverty.
I am committed to extending unemployment insurance for every worker who has fallen on hard times. It’s unconscionable that, with so many Michiganders among the ranks of the long-term unemployed, Congress should allow emergency unemployment benefits to remain unauthorized for more than a year.
I am focused on ensuring justice for recent immigrants, and especially young people who were brought to the United States with their parents: For there is no such thing as an “illegal person.”
I am committed to ensuring that the United States disengages from the wars abroad that have destroyed millions of lives and cost US taxpayers trillions of dollars, which should have been reserved for educating our children and investing in job creation and economic development here at home.