Dr. Curtis Ivery,chancellor of Wayne County Community College District, together with his son, Marcus Ivery, has written an important book, “Black Fatherhood: Reclaiming Our Legacy,” that probes the deep-seated psychological and socioeconomic questions that haunt today’s fathers, especially those who are absent in the lives of their children. Or perhaps those who use their ill-fated relationships with the mothers of their children as reason or excuse to distance themselves from spending time with the children they helped bring into this world. Some blindly or deliberately feel that the responsibility of raising a child belongs exclusively to the mothers. They wrongly see it as some sort of self-vindication for whatever may have been the reason for the split between them and their child’s mother.
To those men and their collaborators I’d say think twice. The book they need to read has arrived and it has answers for some of the most difficult questions that men who see difficulty in being a father wrestle with.
“Black Fatherhood: Reclaiming Our Legacy” is a powerful treatise on the question of whether the African-American community can make advances and social progress when a significant number of men are not holding their end of the bargain when it comes to raising their children.
Watch interview below:
[ione_embed src=//www.youtube.com/embed/Td-f7XLMM9U service=youtube width=560 height=315 type=iframe] 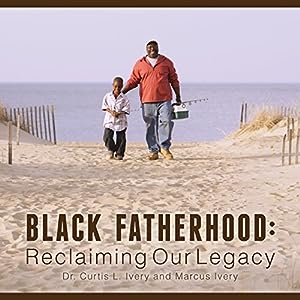