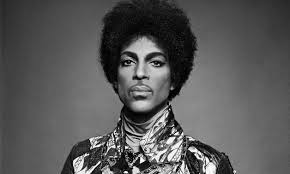 Details of Prince’s set have emerged ahead of his appearance this weekend on “Saturday Night Live.”
Usually, musical guests perform twice during the broadcast – once just before the half-hour mark and once before the final sketch. But this is Prince. Instead of two performances, he’ll perform one time…for eight straight minutes.
As previously reported, Chris Rock will host the show, returning to his old stomping grounds for the first time since hosting 18 years ago.
Prince last played “SNL” in 2006. For his Nov. 1 jam session, he’ll be accompanied by his band 3rdeyegirl.
On Sept. 30, he released two albums: “ART OFFICIAL AGE,” largely a solo effort, and “PLECTRUMELECTRUM,” recorded with 3rdeyegirl. Both went to No. 1 on the R&B and Rock charts.
Read more at http://www.eurweb.com/2014/10/prince-to-play-8-minute-jam-on-saturday-night-live/#PvL3xKKsfv8ERras.99