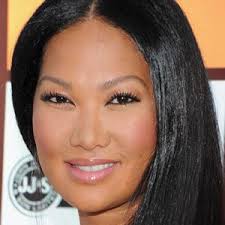 Kimora Lee Simmons is allegedly pregnant with her fourth child, but this time by her third husband, Tim Lessiner.
Congratulations are in order — if the rumors are true — to the couple. This will be their first child together.
Her first two children — Ming (14) & Aoki (12) – were fathered by ex-husband Russell Simmons and her son Kenzo (5) was fathered by actor  Djimon Hounsou.
Rumor has it Kimora Lee Simmons is four months ago in her pregnancy, and the baby is expected in the spring of 2015.
As for her husband, Lessiner does investment work in Southeast Asia and is co-president of Goldman Sachs Singapore.
Allegedly, the couple can’t keep their hands off of each other after being spotted out in their car, in the late spring, which could’ve led to her pregnancy.
Read more at https://www.eurweb.com/2014/10/kimora-lee-simmons-said-to-be-pregnant-with-fourth-child/#i8DYE3lWU8gzh9cV.99