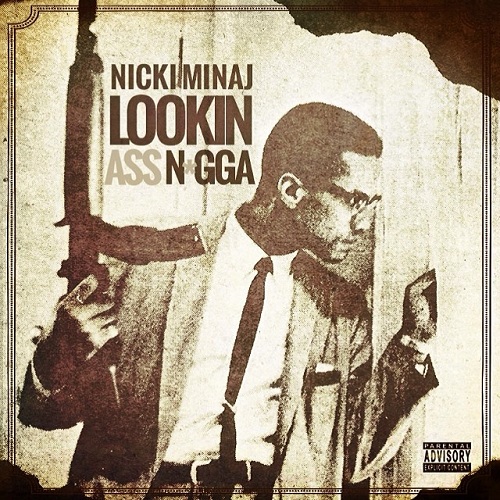 And the rap drama with improperly utilizing black history icons has been increasing as of late.
Therefore, it has critics wondering if today’s rap artists have lost touch with black historymakers?
Nicki Minaj and her dear friend, mentor Lil Wayne are two examples of these concerns!
Earlier this year Minaj bent history with a controversial cover to her single, “Lookin A$$…” with altered iconic photo of Malcolm X looking outside a window with a rifle in his hand.
That’s not all. Lil Wayne used Emmett Till‘s death and legacy in a sexual metaphor and Russell Simmons made a Harriet Tubman sex tape on his comedy channel!
“I don’t want to say today’s rappers are not educated about black history, but they don’t seem as aware as rap generations before them,” said Jermaine Hall, editor-in-chief of Vibe, the hip-hop magazine and website.
Hall said today’s youth haven’t experienced the same racial struggles, “They’re sort of getting further and further away from the civil rights movement.” Although, racial discrimination and racial profiling is still very much so institutionalized.
“In the ’80s, whether it was KRS-One, Public Enemy, or the Native Tongues, that entire movement, it was very in tune with black history,” Hall said. “They knew everything about Malcolm, about Martin, about Rosa Parks. Now, the new rappers just aren’t as in tune.”
Minaj apologized with, “if the meaning of the photo was misconstrued.” Wayne wrote to the Till family to “acknowledge your hurt, as well as the letter you sent to me via your attorneys.” Simmons was the only one to say, “I am sincerely sorry.”
Jasiri X, a conscious rapper — focusing on black empowerment and social issues, said many of today’s mainstream rappers use images of revolutionary black icons to promote an anti-establishment image.
“All the while, they’re being funded and pushed by major corporations,” he said. “I see Nikki and other artists, whether Kanye or Jay-Z, adopting these revolutionary images or using a clip or saying their name, but never practice the principles which these revolutionaries gave their lives for.”
Hip-hop music started in the 1970s to express different social and black experiences.
“Not only did it sound funky but it helped raise our consciousness,” Davey wrote on his website.
Now a money-obsessed industry, speaking of black icons like Malcolm X and Harriet Tubman in a hip-hop space used to be about raising consciousness.
“We see a lot of things going on with our young people, and we don’t feel like we are teaching them values that can compete with the way the value of money is ingrained in our culture,”  Bakari Kitwana said. “Everything is just focused on money. If you can get money, whatever else you’re doing doesn’t matter.”
He continued with, “It’s reached a crisis point,” he said. “I came up in the ’70s and ’80s, and greed has always been present, but I don’t think I’ve ever seen it like it is now.”
Paradise Gray agreed with — who performed in the 1980s with the Afrocentric rap group X Clan.
“Mainstream rap music has lost its reverence for anything besides money,” Gray said. Today’s rappers threaten to kill people who disrespect them, “but they sit back and let you disrespect our legacy, our culture, our history,” he said.
He continued with:
“What,” Gray asked, “will the disrespect of your humanity and your blackness cost you?”
Read more here.
Read more at https://www.eurweb.com/2014/10/have-todays-rap-artists-lost-touch-with-black-historical-icons/#Uuh5Mo3Q0xBXMVm1.99