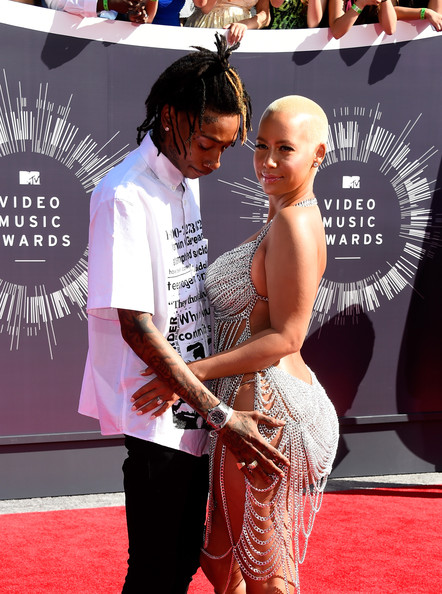 After just one year of marriage, Amber Rose has filed for divorce from rapper Wiz Khalifa and is seeking full custody of Baby Bash.

No word on what’s behind the split, but cheating rumors have surrounded the couple over the last few days. There’s no mention of infidelity in the divorce documents, according to TMZ.

In the docs, Amber says they split on Monday and cites irreconcilable differences. She’s asking for full legal and physical custody of their 1-year-old son Sebastian, and is reportedly willing to give Wiz visitation.

Amber acknowledges the existence of a prenup, which provides spousal support, according to TMZ.

The website captured video of Amber in Beverly Hills with an unidentified guy. TMZ’s cameraman asks her if Wiz is keeping a close eye on her new manager Nick Cannon, because there were rumors they had hooked up. But she kept mum.