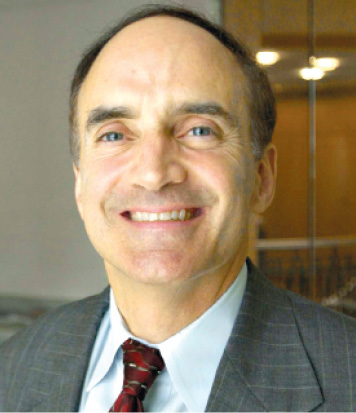 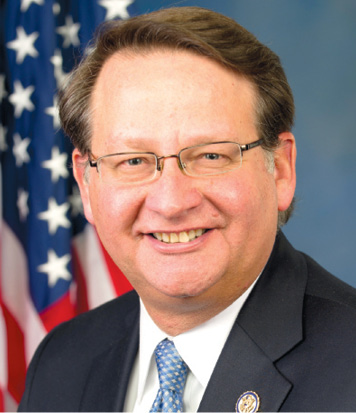 Back in February, President Obama said to the Democratic Governors Association, “We know how to win national elections, but all too often, it’s during these midterms where we end up getting ourselves into trouble.” Indeed, most pundits believe Democrats will lose their majority in the Senate and suffer losses in the House in a “wave election.” Republicans need to secure six more Senate seats to control Congress, and three of these seats are nearly assured, according to Politico’s latest projections. One of the few hopeful key races for Democrats is the pivotal Michigan US Senate election, with Rep. Gary Peters holding a lead over his Republican opponent Terri Land.

While the national odds have improved since Kansas Democratic candidate Chad Taylor dropped out September 3 to help Independent Greg Orman beat incumbent senator Pat Roberts, the Dems still face an uphill national battle. Even now, Nate Silver’s FiveThirtyEight estimates that Democrats have only a 36.6% chance of keeping the Senate. Analysts cite rising discontent about President Obama’s foreign policy, the new health care law, and what is perceived as a lackluster economic recovery.

Most recently, the president did not help himself or his party by his “no strategy yet” comment about fighting ISIS in Syria. However, we should remember that FDR waited nearly a year before we entered World War II, despite the British calls for full American intervention, and three years for assaults to free the concentration camps where 11 million souls were killed in the Holocaust. After we entered and won, few remember we delayed getting in.

One reason why Republicans have an edge in this election is effective campaign messages. It is easier to be critical than to put out a positive strategy. Yet in 1993, Newt Gingrich and Dick Armey did just that by introducing the “Contract With America,” a 10-point plan.  In 1994, they gained 60 House seats and Republicans won both the House and Senate.

We’ve taken the liberty of developing a similar strategy and 10-point plan that could help Democrats in 2014 avoid a wave against them and win:

■ Since his ISIS gaffe, President Obama has strengthened his position, stating that “Their horrific acts only unite us as a country” and “Justice will be served.” Vice President Biden has declared, “We will follow them to the gates of hell until they are brought to justice.” Obama should give a major speech to the American people to clarify what he said earlier, and he should top these comments off with the release of a strong, cohesive strategy to fight ISIS.

■ Democrats have protected Medicare and Social Security from cuts, while Republicans have openly discussed partially privatizing these essential government programs that are actually solvent for years. This program has enough resources to run self-sufficiently until 2033.  In addition, Medicare has added 10 years of solvency thanks to the Affordable Care Act. Even if these programs later develop a budget shortfall, it’s as important to fund them for the security of future generations as military hardware.

■ Health care inflation decreased from 6% to above 1% since the Affordable Care Act passed in 2010, and the number of uninsured has been cut by 25-60% in states that adopted the new Medicaid option paid by the federal government. The GOP has not laid out a clear alternative other than a full repeal or the same measures Democrats have enacted.

■ The president, vice president and Democrats nationwide are barnstorming to increase the minimum wage. It’s worth about 1/3 less today than 1968 in real dollars, according to Pew Research.  Real wages have been flat for the middle class for 30 years.

■ The budget deficit has actually fallen by half since Obama took office. If Republicans ended their blockade of crucial jobs bills by Obama and Detroit Congressman Conyers, more workers paying taxes would cut it even more. According to the Congressional Budget Office and the Congressional research Service, tax breaks for the rich have only one-fifth of the same effect (a common conservative effort). CBO and the CRS also estimate that the administration’s infrastructure bill would reduce unemployment by a full percentage point and add a million jobs that Republicans have stopped.

■ Democrats support a comprehensive immigration bill already passed in the Senate, while House Republicans oppose its passage. Since Obama supported the Senate bill and already tripled border security personnel, Democrats have taken away Republican arguments.  As a result of the opposing policies, Democrats have a 40-point lead among Hispanics.

■ The Stimulus bill, combined with the Federal Reserve’s intervention, saved American business from the crash. Republicans voted against the Stimulus and then took credit for bringing government funds to their districts, an obvious hypocrisy.

■ Obama got Osama bin Laden, pure and simple. Romney said, “Any president would have done the same.”  Not true. Bush had the opportunity to catch Osama at Tora Bora. Instead, he handed the intelligence over to the Afghanis and Pakistanis, who blundered or squealed it to al Qaeda.  Obama kept the Abbottabad operation private with our Navy Seals and it worked.

■ The American people are frustrated with the president and Congress, and the GOP seems intent to increase this bitter sentiment.  Democrats, including Peters, must engineer a masterful ground game as the party did in recent presidential and senate campaigns. If they persuade independents to vote, develop a focused and succinct message, and encourage minorities and women to counter voter suppression and opposition to their health care and jobs by going to the polls, Democrats have a chance of weathering this storm.