Shonda Rhimes to Debut as Actress on ‘The Mindy Project’ 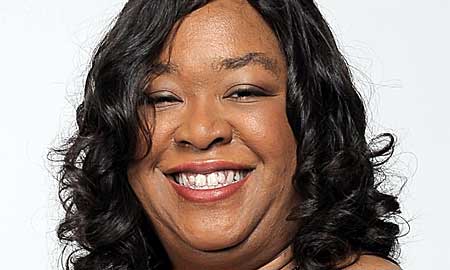 From writer, producer and creator of ABC’s biggest hits “Scandal” and “Grey’s Anatomy” and new show, “How to Get Away with Murder,” Shonda Rhimes is stepping out from behind the scenes.
She’ll be  guest starring on Fox’s “The Mindy Project.” It will be the first time she has ever acted. Maybe, she can get some pointers from her brilliant ensemble casts.
She tweeted about the upcoming guest appearance and even poked fun at the idea of her as an actress on Twitter. Nevertheless, she’s excited about the experience and is a big fan of MIndy Kaling.
“Shh. Nobody tell @mindykaling that I can neither act nor appear lifelike on camera. NO ONE STOP THIS FROM HAPPENING! #dreamsDOcometrue,” she tweeted.
But Kaling seems to be just as excited to have Rhimes on her show:
“Welcome to the world of #TheMindyProject @shondarhimes! We are so excited to have you.”
Rhimes might have plenty of actors she has worked with whom she can lean on to build her acting skills. But she should be fine, regardless. She is playing herself on the show after all.