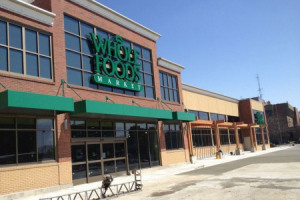 It’s over.
The Mariah Carey and Nick Cannon divorce is a “a done deal” after the two have been separated for the last several months.
The celebrated couple have been living in separate houses in New York since May. Reports have it that Cannon sees the kids but there is no contact with Carey.
Cannon may have accelerated the downward spiral of his union with Carey, TMZ says, during a dubious appearance on Big Boy’s radio show in March. Cannon played Big Boy’s game — name the 5 celebs you’ve slept with. Cannon named five, but the one skunk that made Mariah insane was Kim Kardashian.
Kardashian may be filthy rich and famous, but she has zero credibility with adults and no respect in the entertainment industry.
Carey reportedly ripped Nick endlessly knowing that Cannon could stoop so low as to lay down with a Kardashian. She felt humiliated and the relationship never recovered.
Cannon exacerbated the intermarriage turbulence when he foolishly went on Howard Stern’s show on SIRIUS and disclosed that Carey did not give it up before they got hitched. Carey went volcanic on Cannon.
TMZ also reports that she feels Cannon neglected her and their marriage by taking every gig that’s on the table even though they were very mush in the surplus when it came to their personal finances.
Cannon, on the other hand, shares it has become impossible to live with a self-absorbed diva who requires to be the center of attention at all times. We remember how Carey acted when she learned that Nicki Minaj was going to join her on “American Idol,” as an example. Carey hung up on executives, then kept instigating “passive-aggressive” catfights with Minaj during the entire season. Carey has reportedly become impossible because she surrounds herself with “yes men,” and dreads disagreeing with her because it sets off another round of shouting matches.
Cannon is befuddled that Carey crying about his work ethic, saying that he’s generated $75 million since 2011 for the family.