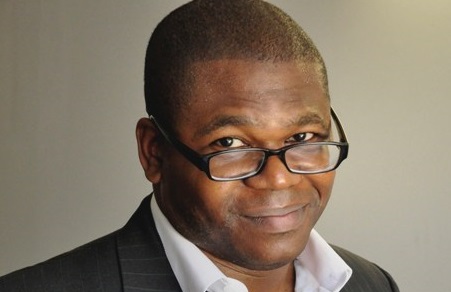 The memorial for Nelson Mandela was the rarest of events. Ninety-one world leaders, thousands of celebrities and visitors from all over the world packed into one place? It was like the climax scene of some James Bond movie or superhero action flick. The security and spectacle were at once-in-a-lifetime levels, as everyone attempted to express something new and unique about the life and legacy of the 20th century’s last great liberator.
And yet, like a parent watching a gaggle of kids onstage in a Christmas play, squinting to see how their child did, we Americans were more concerned with Obama’s performance at the memorial than the event itself, let alone the man who was being memorialized. Well, we need not worry, Obama did fine, and, in fact, reminded us why, like Mandela, true leadership is political, purposeful, and yes, even personal.
The legacy of Mandela will continue be a topic of discussion not only because of his passing, but because of the recently released biopic about him starring Idris Alba. But none of that will truly capture what he meant for South Africa and the world. He was a pragmatist that won, he tried the law, protests and peace and when that didn’t work he picked up a gun. He stuck to his principles and apartheid fell. When he got out of prison he kept South Africa together, not because he was a godlike forgiver, but because he knew the west, in particular the United States and Europe would turn on him if he sought justice against white oppressors once he got into power. In his almost 20 years since leaving office, Mandela was the single greatest ambassador for South Africa, with dignitaries and celebrities of all stripes willing to spend time, money and the resources on South Africa for the chance to meet him. Obama knew all of these things before he went to South Africa for this memorial, and rather than make the memorial about empty praise, he reminded those of us in the United States of his own, almost Mandela-like impact on this country.
By no means has Barack Obama  liberated a people (just check out the latest black unemployment numbers), but he has, similar to Mandela, realized that symbolic behavior is just as critical to raising a nation from the depths of despair as actual policy. When Obama spoke of Mandela’s legacy, he didn’t just wax philosophical about Nelson Mandela inspiring him as a college student. The president said Mandela made him want to be a better MAN, not president, not leader or politician. By embracing the totality of Mandela, and offering his own shortcomings as an offering of sorts to the public, President Barack Obama again reminded America that he is in fact a different kind of president, and one that can be absorbed into the culture in ways no previous president has, just like Mandela.
Mandela invited his jailer to be a special guest at his inauguration, showing that time and power can change the need for petty public slights. In a similar vein Obama shook hands with Raul Castro, leader of Cuba, knowing full well that symbolically this represents a need to let go of old sanctions and battles with our southern neighbor. Obama took “Selfies” with British Prime Minister James Cameron and other leaders, something which some political commentators back home found problematic. However, President Obama knows that tweeting, facebook and instagramming such global events connects him to the people of the United States, similar to Mandela knowing that posing with Oprah, Bono, Alicia Keyes and others would keep him close to his people even years after leaving office. When pics of Michelle Obama giving side eye to a female Dutch foreign minister who got too friendly with Barack Barack went viral (Michelle made him switch seats too!), it gave us something to laugh at. It also provided us with that humanizing image of the most powerful man in the world managing the day to day affairs of married life, just like Mandela when he had to negotiate his post prison divorce with Winnie in the prying eyes of the South African public. Great leaders don’t just lead and legislate, they live, and allow us to live with them, symbolically, inside and out, warts and all.
We will spend the remainder of the year poring through Mandela’s legacy, especially with Long Walk to Freedom having just been released. But in the meantime, the memorial gives us something else to consider. Right now in America, for good or for evil, with great promise and great failures, we have the closest thing to a transformative symbolic racial leader that this country has ever had in history living in the White House. While he may pale in comparison to Nelson Mandela, he has nonetheless given Americans of all colors something to aspire to personally and professionally, in a way that has never happened before and may never happen again.