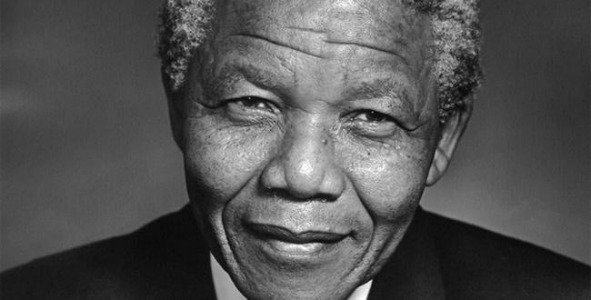 Nobel Laureate Nelson Mandela in his own words from the dock at the Rivonia trial before the Pretoria Supreme Court, June 11, 1964. After his famous “I am Prepared to Die” speech, Mandela and seven others, including Walter Sisulu, Govan Mbeki, Raymond Mhlaba, Elias Motsoaledi, Andrew Mlangeni, Ahmed Kathrada and Denis Golberg would be convicted and sentenced to life imprisonment.

What was their crime?

For standing against a brutal and racist apartheid regime that shamelessly carried out well orchestrated economic subjugation and blatant dehumanization against a race of people in the face of an international community that stood by and watched as Mandela and his colleagues were rushed to prison.

On Feb. 11, 1990, Mandela came out of Robben Island. His release was symbolic as well as pragmatic for Blacks in South Africa and around the world. The essence of his 27-year imprisonment and subsequent release provided the political framework for emancipation struggles involving oppressed people around the globe. From the streets of Detroit, which led mass demonstrations, to the towns and villages in Nigeria whose leaders supported Mandela, the cries of liberation could be heard just as in the film “Sarafina.”

Mandela died today at 95 after a long battle with lung cancer leaving behind a nation that is still mired in the struggle for economic justice for the masses of Black South Africans.

In South Africa he is called “Tata,” which means “father”; some say “Madiba,” which refers to the clan he belongs to; and still others call him “Khulu,” which means “great” or “paramount.”

Leadership is not only parading the emblem of being the largest African American conclave in the nation. Leadership means also honoring the lives of those who have been remarkably pivotal in the battle for political and economic emancipation of an oppressed people. Too often the habitual form of celebration in the Black community is to wait for such exemplary leaders to pass away before any concrete show of respect and observance of their legacy is instituted.

It is instructive that Detroit was one of the first places Mandela made his triumphant entry in 1990 for a major rally at the Tiger stadium after his release from jail. It was not surprising that after getting off the plane at the airport in Detroit, one of the first persons Mandela recognized among the entourage (including Mayor Coleman A. Young) that came out to meet him was Rosa Parks, matriarch of the Civil Rights Movement who had chosen Detroit as her home.

“He is the epicenter of the African liberation movement. His magnificent legacy and work is worthy of honor and respect globally,” Detroit City Councilwoman JoAnn Watson told me when Mandela turned 90. “I remember when he came to Detroit for the city-wide tribute. While New York City spent three days raising money for him, Detroit did it in one day.”

Yes. That again is no mistake because to know Detroit’s history is to understand that it is a place rooted in popular struggle and mass mobilization; it is where Martin Luther King Jr. first delivered his “I Have a Dream” speech and Malcolm X gave his “The Ballot or the Bullet” presentation. It is the home of Albert Cleage Jr. where he gave a different meaning to Christianity, emphasizing a Black theology that advocates the empowerment of the Black community. Detroiters, both Black and White, recognized the significance of what was going on in South Africa.

I recall three years before she died, former Detroit City Council President Maryann Mahaffey engaged me in a deep conversation at her office about her view of the world. Mahaffey was not the typical politician.. She was always accessible to the media, myself and other city beat reporters covering city hall for interviews or disentangling any complicated public policy. She was upfront, and always made it clear where she stood: the spirited fight to uplift the underprivileged.

And so in my conversation with Mahaffey she recounted so many stories about her life. But one that stood out the most and showed the nexus between Detroit and South Africa was her arrest in front of the South African Embassy in Washington, D.C., for demonstrating against the apartheid regime..

Out of all her noble work, Mahaffey’s anti-apartheid moment in Washington, D.C., helped to define her legacy as a White woman who did not pander to race and racism but the commonality of the struggles of the underclass across races.

Political freedom is an achievement. Economic opportunities with sound policies that do not undercut the road for real economic transformation is what South Africa and any other developing nation or struggling city needs. Any serious political leadership that aims to empower economically starving communities would work towards creating possibilities and action-oriented programs that would lead to well-paying jobs. A hungry community or nation cannot feed on empty fiery rhetoric as Mugabe is forcing his people to do or sing refrains of “Gloriana Africana.”

Understanding Mandela’s legacy on his death would mean working for economic freedom. Nelson Mandela did his part.

He issued this warning at the conclusion of a London celebration in his honor before a crowd of 46,000.

“Madiba” urged, “Our work is for freedom for all. We say tonight, after nearly 90 years of life, it is time for new hands to lift the burdens. It is in your hands now, I thank you.”

Bankole Thompson is the editor of the Michigan Chronicle. Email bthompson@michronicle.com