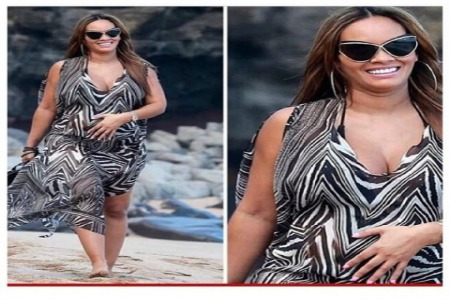 It seems that after all of the boo-hoo-ing that was done on “Basketball Wives” by star Evelyn Lozada over her messy split from ex-husband Chad Johnson, the reality star is finally moving on, pregnant and happy.

Lozada just announced via a selfie that she is six months pregnant with her second child and told  Hollywood Life[1], “I’m in bliss and finally truly happy.”

She never mentioned the fact that she had been secretly dating someone for more than a year.

Reportedly,  Lozada has found a new baby daddy and the relationship is a serious one.  Up until now, only her family members knew about the pregnancy.