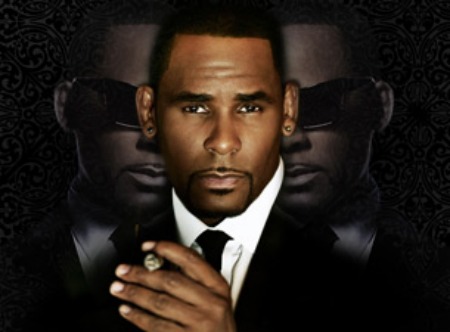 It is generally commendable for a recording artist to have a niche, something that sets them apart from everyone else. But the very talented R. Kelly, who has described himself as a “sexasaurus,” goes way over the top.

Kelly says the idea is to be “sexual and comical at the same time.”

Okay, but calling your new (best-selling) album “Black Panties” is inappropriate, and worse than that, a song title like “Marry the P—y” and lyrics such as “lick the middle like an Oreo” are wrong on several levels.

Everybody is different, and what brings people pleasure privately is one thing — and just about everything is fine with me — but putting it out there in the public marketplace is quite another.

Even when it’s sometimes funny.

DONNY HATHAWAY was, and in a sense still is, one the greatest R&B singers to ever walk the earth. The singer-musician-composer, who exemplified pure soul, receives recognition but not as much as he should.

That said, Hathaway fans will want to pick up the just-released four-disc box set titled “Never My Love: The Anthology.” (They should have just called it “Donny Hathaway: The Anthology.”)

All of his best known songs are here, including the great duets with Roberta Flack, along with quite a bit of previously unreleased studio and live material — 58 songs in all — plus a souvenir booklet.

KELLY ROWLAND (did you know that her name is Kelendria?) has developed into a star in own right, and she fits the role perfectly.

Her successes have been many — hit albums, praised concerts, serving as a judge on “The X Factor,” appearing in ads and also proving that she can act.

In addition to that, she has never looked better — she’s in full bloom — and is so poised.

Rowland once said, “I’m steadily building myself up as ‘Kelly Rowland,’ not just Kelly Rowland from Destiny’s Child.”

Well, it’s a job well done and the best is yet to come.

KANYE WEST just never knows when to stop. Now he says President Obama was “using” him when he referred to West with a term that was not flattering, and should not have been said by a president, yet was based on truth.

“If you want to distract people from everything that’s going on, just say you hate Kanye,” the publicity-seeking star said.

Obama didn’t say anything about hating.

Chris Brown is out of rehab, but is being treated for anger management as an outpatient in Los Angeles.

Morris Chestnut, active in the movie industry since 1991 and currently featured in “The Best Man Holiday” with Terrence Howard, Nia Long, Taye Diggs and others, says that when he was starting out, actors with darker skin tended to be cast as gang members, or just “the bad guys.”

The situation got better when Wesley Snipes came along. Chestnut says Snipes “busted the mold open” and “ushered it in for us.”

Two of the original Mary Jane Girls, the group created by Rick James, have been doing shows as the Mary Jane Girls, but those responsible for managing the Rick James estate want it to stop immediately — plus have all profits turned over.

The ladies are Maxi Wuletich and Cheri Bailey. They sang with JoJo McDuffie (lead singer) and Detroit’s own Candi Ghant in the ’80s. (Bailey was later replaced by Corvette Marine).

The Mary Jane Girls had four big hits: “In My House,” “All Night Long,” “Candy Man” and “Wild and Crazy Love.”

Looks like that movie about Florence Ballard of the Supremes is likely to never be made. Faith Evans, who was to play the lead role, dropped out and it is reported that the executive producer is in jail! Academy Award-winning actor Adrien Brody was going to be in the movie.

MEMORIES: “Superwoman” (Karyn White), “Optimistic” (Sounds of Blackness), “My Love” (Margie Joseph), “I Can Make It Better” (Luther Vandross), “U Got the Look” (Prince featuring Sheena Easton), “I Feel For You” (Chaka Khan), “Fever” (Little Willie John), “Superstar (Remember How You Got Where You Are)” (the Temptations), “Rhythm of the Night” (DeBarge), “Open My Heart” (Yolanda Adams).

WORDS OF THE WEEK, from Will Smith: “Throughout life people will make you mad, disrespect you and treat you badly. Let God deal with that because hate will consume you.”