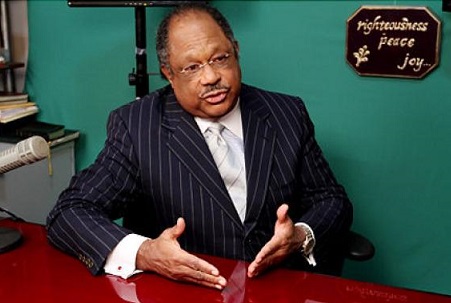 Miriam Carey, 34, the young dental hygienist who was gunned down on Oct. 3 after trying to ram through a White House security barrier,  was assassinated by President Barack Obama because she had given birth to their illegitimate daughter, according to the delusionalReverend James David Manning of Atlah World Missionary Church.

Carey was shot and killed after taking Capitol Hill police on a brief, high-speed chase; her 1-year-old daughter was in the backseat of the vehicle.

Manning, a Birther known for making bizarre claims and attention seeking[3], repeated various theories on how and why President Obama met and began an extramarital affair with Carey — all of them ridiculous — that led to the birth of her daughter.

Though, on the surface, Carey’s behavior seemed reckless, it was later reported that she was suffering from post-partum depression with psychosis, her mother Idella Carey told “ABC News.“

“She had post-partum depression after having the baby” last August, said the woman’s mother, Idella Carey.

She added, “A few months later, she got sick. She was depressed. … She was hospitalized.”

Carey’s sisters also came to her defense, questioning the fatal use of force by Capitol Hill police.

“What I do see is that perhaps maybe my sister was a little afraid being surrounded by officers with their guns drawn,” Valerie Carey said to Matt Lauer on the “Today” show. “My sister was fleeing. She was trying to figure out how to get out of there.”

Amy Carey-Jones echoed her sister’s sentiments, stating,  “I feel that things could have been handled a lot differently. We still feel that there was maybe another story than what we’re being told.”