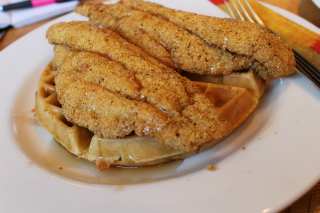 (CNNMoney) — A curious thing has happened in the tech world. In an industry that has long been considered a boys club, suddenly firms are hiring more women than men.

Usually, men make up 70% to 80% of the new hires, but according to the BLS, the tide seems to have turned in the last year.

“Overall, it’s a surprise to see there’s a sudden increase, and obviously, it’s too soon to know if a few months is a trend,” said Shravan Goli, president of Dice Holdings. “There’s been so much awareness building and activity from companies to pursue diversity, plus you’ve got the Sheryl Sandbergs and Marissa Mayers of the world — I think all of that is starting to result in increased awareness and an attraction toward technology roles for women more than ever before.”

Of course, women still have a long way to go before they make up at least half of the entire industry. Hiring has been male-dominated for years, and overall, women still make up less than one-third of all employees in the technology sector.

Earlier this year, CNNMoney’s Julianne Pepitone probed influential tech companies for data on the diversity of their employees.

At companies like Cisco, Dell, eBay and Intel, there was only one department where women made up at least 50% of the employees: administration. Women were underrepresented in sales, mid- and top-level management and technician roles.