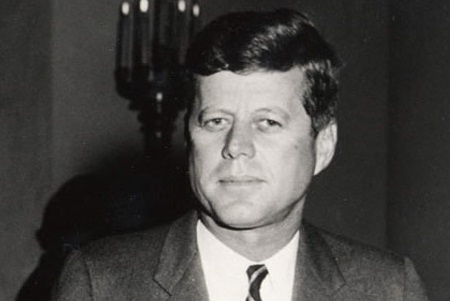 There is as much myth as there is fact surrounding John F. Kennedy’s, one of the history’s most beloved U.S. presidents. In fact the many notion’s floating around is something akin to the debate over whether or not President Lincoln freed the slaves.

The truth is that initially race and civil rights issues were not a hot bed issue and in the forefront of the young leader’s mind. Afterall, this was a period in American history which is still fondly referred to as “Camelot,” when American’s held to the status quo and believed themselves to be at peace and in a good place domestically and internationally.

Not that President Kennedy was unaware of the change in the winds on civil rights and race relations. He did and he also wanted to preserve the country’s sense of well-being and continuity.

Kennedy asked James Meredith not to attend the University of Mississippi, but later sent a letter to the governor of Alabame directing him to obey the law and ensure the safety of black students integrating schools in that state.

While many believe that he opposed the March on Washington, the fact is he took issue with the march’s final destination. The march was originally intended for marchers to convene at the Capitol building. JFK concerned that that action would appear to be more of an ultimatum and perhaps drive members of congress away and adversely effect civil rights legislation, enlisted the help of brother Bobby Kennedy to convince march organizers to attend move the gathering to the Lincoln Memorial.

In one of JFK’s most famous and elegant speeches, the “Address to the Nation on Civil Rights”, he won over the leaders and key figures in the civil rights movement who had made no secret of their disappointment over the president’s lack of enthusiasm for the cause.

In excerpt of the speech, Kennedy’s deep compassion and his undertading of the urgency of the civil rights legialtion is evident.

“We face, therefore, a moral crisis as a country and a people. It cannot be met by repressive police action. It cannot be left to increased demonstrations in the streets. It cannot be quieted by token moves or talk. It is a time to act in the Congress, in your State and local legislative body and, above all, in all of our daily lives. It is not enough to pin the blame on others, to say this a problem of one section of the country or another, or deplore the facts that we face. A great change is at hand, and our task, our obligation, is to make that revolution, that change, peaceful and constructive for all. Those who do nothing are inviting shame, as well as violence. Those who act boldly are recognizing right, as well as reality..”

At the conclusion of the famous speech, Martin Luthe King is quoted as saying “Can you believe that white man said that, and he got it right?”

King wen on to call President Kennedy’s “civil rights proposals, ‘the most sweeping and forthright ever presented by an American president’.