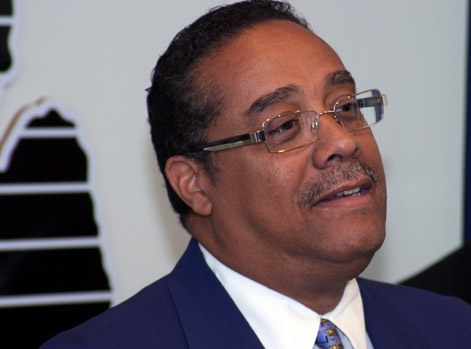 Despite the low shelf-life of careers, the injuries, and the overall gladiator-styled blood lust of professional football, players risk all to play under the bright lights. However, like many other sports, there is a fraternity-styled atmosphere of the sport unknown to most. With nine-year Miami Dolphins lineman Richie Incognito, a White man, allegedly taunting biracial second-year fellow lineman Jonathan Martin using racist epithets, a dirty secret of the NFL was revealed this week.

The National Football League is a wildly popular sports league featuring weekly battles of padded athletes in helmets of all shapes and sizes going to war in lavish, corporate-backed stadiums. These gladiators put their bodies on the line for the entertainment of fans and fantasy league players compiling points for bragging rights. However, fans of the sport may soon find themselves wondering how can they be invested in a sport that encourages the bullying of players from team leaders and veterans by way of racially charged threats.

Incognito has been suspended by the Dolphins organization after it was reported that the 6-foot-3, 320-pound New Jersey native allegedly taunted Martin excessively. As a team leader of the Dolphins front line, Incognito was said to be charged by head coach Joe Philbin to “toughen up” Martin in addition to the expected hazing the highly drafted player out of Stanford had to endure.

Martin broke an unwritten code of silence that players work out their issues in the locker room and went to the NFL with copies of racist and profanity-laden texts and voice mails. Martin left the team abruptly last week, allegedly due to the Incognito situation although the team initially reported he left for emotional reasons.

Rumors have been swirling regarding the controversial matter, but ESPNconfirmed by way of multiple sources that a transcript of a call from Incognito to Martin back in April 2013 was one of many such messages. The transcript of the message reads as follows:

ESPN said that the league and Dolphins staff have heard and read the messages, suspending Incognito indefinitely. Several Miami and national news outlets report that despite the NFL’s impending investigation, Incognito is mostly likely finished playing football. And despite his actions and past history for on- and- off-field violence, players came to Incognito’s defense, including one who said to the Miami Herald that the lineman was a “honorary” Black man.

Dolphins center Mike Pouncey, the head of a six-player leadership council, claims he and other team leaders didn’t know about the voice mail Incognito left, something ESPN analyst and former NFL great Chris Carter railed against in an emotional response during Monday Night Football’s pre-game show. In fact, Tom Jackon, former Chicago Bears coach Mike Ditka, and Keyshawn Johnson were all angered at how easily Incognito’s racist ways were excused and that Coach Philbin allowed that culture to exist.

Further, it seems that Martin, who may have been struggling with his confidence as a player, didn’t have anyone come to his defense and was allowed to be verbally assaulted and ridiculed by Incognito. With Martin now off the team and as details come forth, the Dolphins organization has a public relations nightmare on its hands and an even larger specter of allowable racism looming as well.Boneheaded comments from past and current players not even affiliated with the Dolphins confirms that a culture of excused bullying and racism exist. Retired Baltimore Ravens player and current CBS commentator Tony Siragusa said on ESPN Radio that Martin should have kept his mouth shut and worked it out. New York Giants safety Antrel Rolle agreed that while Incognito is wrong, he still blames Martin for not standing up for himself.It may be that Martin was afraid to stand up to Incognito as a younger player with much to prove in a sport where contracts aren’t lengthy or come with the guarantees of other sports. Perhaps Martin tried to weather the storm for long as he could — but finally cracked under the pressure. The reasons are certainly speculative at this point, as the Pittsburgh native has been silent in the media unlike Incognito.Whatever his reasons, Martin is allowed to feel whatever he needs in this regard. Certainly, people of color face racism and discrimination in a variety of ways and have found ways to cope. But imagine going in to work in an expected safe environment, surrounded by people who not only won’t help you fend off an attacker but instead think his use of the N-word doesn’t make him a racist.One can only hope that if Incognito was indeed responsible for running Martin off that he pays dearly for his hand in the matter.