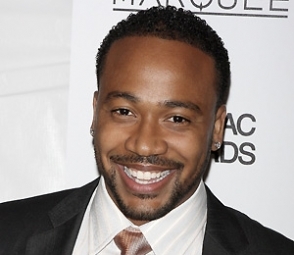 (LAS VEGAS, NV) – The National Association for the Advancement of Colored People held its final National Board of Directors meeting of 2013 this weekend in Las Vegas, Nevada, making a number of significant announcements for the future of the organization.

“This is a moment of great change and great opportunity for the NAACP,” stated NAACP Chairman Roslyn M. Brock. “We are excited to work with Lorraine C. Miller during this time of transition. We are confident that Lorraine will serve the Association with a steady and experienced hand as we continue the search for the next President and CEO.”

“I am honored to have been selected for this venerable role,” stated Miller. “I look forward to continuing the path forged by Chairman Brock and President Jealous in the months ahead. These are important times, and the important work of the NAACP will go on.”

“Lorraine is a natural fit as interim president of the nation’s oldest and largest civil rights organization,” stated NAACP President and CEO Benjamin Todd Jealous. “She comes into this position with two decades of experience working for the U.S. House of Representatives and an even longer career in civil rights advocacy and policy. She will have the honor of leading the dynamic staff of this great organization.”

Miller is a commercial real estate broker with Keller Williams and sits on the Board of D.C. Vote. She served as the first African American clerk (and the first African American officer) of the U.S House of Representatives from 2007 to 2011, and previously worked for former House Speakers Nancy Pelosi, Tom Foley and Jim Wright, as well as U.S. Rep. John Lewis.  She also worked in the Clinton White House, as Bureau Chief at the Federal Communications Commission and as Director of Congressional Relations for the Federal Trade Commission. Additionally, she worked at the American Federation of Teachers. She is a faithful member of the historic Shiloh Baptist Church in Washington, DC.

Miller served as President of the Washington, DC NAACP Branch for six years, and as a member of the National NAACP Board of Directors since 2008. On the Board of Directors, she serves as a member of the Executive Committee and as Chair of the Advocacy and Policy Committee, and she played a significant role in the creation of the NAACP’s Game Changers.

Miller will begin her role as Interim President and CEO and assume day-to-day responsibility for the Association on November 1st, according to the transition plan approved by the National Board of Directors. Jealous’ tenure with the Association will end officially on December 31.