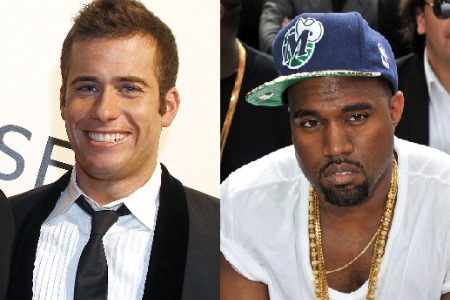 From BET:
“There goes the neighborhood!!!” the Los Angeles native posted upon reading that Kim Kardashian and West had purchased a mansion in tony Bel-Air. “It looks like a Poor Persian Palace, where’s Kris Jenner when you need her?! #MoneyCantBuyADumbN****Class”

In response to an article about Anderson Cooper attending the opening of his boyfriend’s gay bar, he simply typed: “#SmellsLikeLubeAndHIV.”
Of Julie Chen, the Chinese-American daytime talk show host, who is married to CBS chief Les Moonves and recently admitted having eyelid surgery to help her career, he wrote: “I’m crazy about Julie Chen!!! Now that her eyes are finally open, she should leave Monster Moonves.”
“Maybe people [who take offense] will look in the mirror and say, ‘When was the last time I called Les Moonves and asked for an African-American to play opposite me?'”