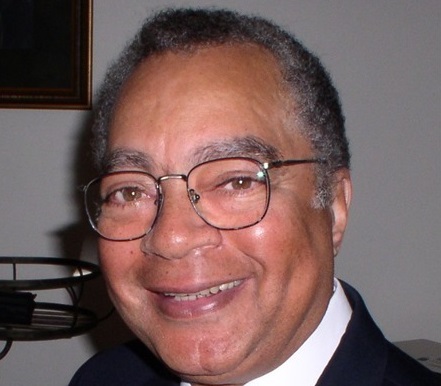 The title “You Can’t Blame White People” is a quote by Bill Cosby in a speech given on May 17, 2004 at an event sponsored by the NAACP commemorating the 50th anniversary of the Supreme Court decision in Brown vs Board of Education. Mr. Cosby’s point was, and continues to be, that black people need to take a good look at themselves and end what he believes to be our destructive practices that, in the considered opinion of Mr. Cosby, is at the root of the suffering of black people in America.

This phenomenally successful entertainer, entrepreneur, scholar and family man, holds the strong and well-publicized opinion that black people should pull up their pants, put their caps on straight, study hard, speak English correctly, take care of their children, conform to the norms of the US society and, by all means, stop blaming white people. If black people will do all of these things, then they can become full-fledged, productive members of this great nation. After all, Dr. Cosby is black and look how successful he has become.

I have tested variations of these sentiments with my own contemporaries, black males who graduated from college in the years between 1962 and 1972. I am completely disheartened by the prevalence of this kind of thinking among successful people. I have not yet heard one who goes beyond such thinking to examine the structural, cultural, societal and political determinants of success in America, especially in the years in question. To be fair, in a meaningful examination, we must limit our analysis to a well-defined period, since changes in society at large produce major changes in how people are likely to interpret cause and effect.

“You can’t blame white people.” The statement is a protest against the often heard lament, “White oppression is the cause of black troubles.” Those who graduated in the early sixties would have lived to see, experience or hear lurid tales of the random terror inflicted on blacks by virtually any white person who chose to attack. The attack could be for whatever infraction the white person perceived or for no discernible reason. The society was structured such that there was no recourse for the injured black person. The white person was always deemed to be justified. Those of us who were in their formative years through the forties and fifties, have been seared with the terror that contact with white people could bring. A southern drawl, country music, the rebel flag, white hoods, burning crosses and stories of “strange fruit.,” caused reactions in black people as predictable as a bell within hearing range of Pavlov’s dogs. Black people know quite well the abuse of which a traditional white mindset is capable. It is, in effect, white terrorism.

In a society in which terrorists surround and torment their helpless victims, one would expect that mental illness would be rampant among the victims. I do not know of any investigation into the reasons why black people, as a culture, did not succumb to widespread mental illness, but instead, found ways to cope, to adjust, to endure, to survive, and then to prosper. They were able to do this in spite of being immersed in an unremitting sea of degradation and terror for which white people were solely, obviously and even proudly responsible. Arguably, that propensity to terrorize blacks still operates, though hidden, subtle, coded and plausibly deniable. Black people feel it intensely, even as whites deny it exists.

Those of us who lived through that period of open terrorism and survived to see the remarkable changes that have occurred in a lifetime, are often well aware that the changes did not come cheaply or as a result of an excess of humanity among white people. The fight has been long, often brutal and with many dead ends on the path to the current day. The terrorism could have resulted in symptoms among black people akin to post traumatic stress syndrome. A form of mental illness. Instead of a mental illness, the reactions of black people to the terrorists who surround us have resulted in behavior that does not conform to the norms of the dominant white society. These are the behaviors that Dr. Cosby describes and condemns.

My observation is that young black people know quite well that since both whites and successful blacks are telling them that they are wrong and to help themselves, there is no help on the way.

The good Dr. Cosby knows that history as well as I or any other black person who lived to feel the terror. For those, like Dr. Cosby, who are not only brilliant and talented, but likely had the benefit of circumstances that they don’t think to mention, it is easy to give what they believe to be solid explanations for why the burden of picking oneself up rests solely on the backs of the downtrodden. However, it does not speak well of one who is so wealthy and secure to take it upon himself to admonish so publicly and persistently those who must survive under a continuing onslaught of criticism without help.

I would expect a great deal more than that from such a revered figure.