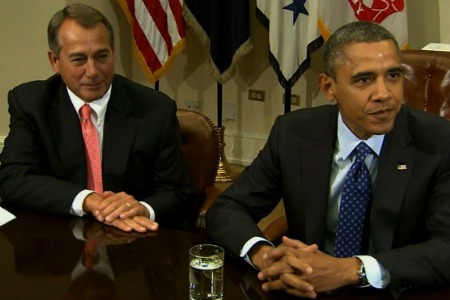 In fact, Boehner, who, along with House Majority Leader Eric Cantor (R-Ky) and Senator Ted Cruz (R-Texas), has made it his business to link defunding Obamacare, President Obama’s signature healthcare law, with funding the government and raising the debt ceiling, says that all President Obama has to do is “pick up the phone.”

“The president’s refusal to talk is resulting in a possible default on our debt,” Boehner said on ABC’s “This Week.”