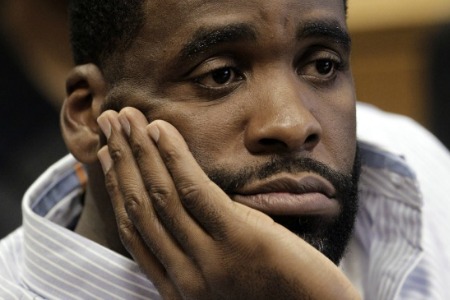 Federal Prosecutors recommended sentencing for both Kwame Kilpatrick and co-defendant Bobby Ferguson for their federal corruption convictions on Thursday.

In a sentencing memorandum, prosecutors recommended Kilpatrick sentenced to at minimum of 28-years in prison.

Kilpatrick extorted city vendors to help his coconspirators and to line his own pockets. He rigged bids and took bribes. He defrauded non-profits to enrich himself, his wife and his associates. And worst of all, he did it all in a city where poverty, crime and lack of basic services made it one of the most vulnerable metropolitan areas in the nation.

The scale of his corruption was astonishing. The impact on the region was devastating. As a career public servant and a licensed attorney, Kilpatrick was especially qualified to understand the gravity of his crimes. He understood the power and trust given to elected officials and that corruption benefits the few at the expense of the many.

Prosecutors also recommended that co-defendant Bobby Ferguson be sentenced to 14 to 28 years, with 28 year being the preferred amount of time served:

Although Bobby Ferguson was not a public official, he worked hand-inglove with mayor Kilpatrick in a criminal partnership of enormous proportions. It was Ferguson, rather than Kilpatrick, who was the “boots on the ground” of the extortion enterprise, directly issuing threats to the local business people. Given
these facts and the sheer volume of hisill-gotten gains—over $73 million in city contracts—Ferguson is deserving of a sentence at or near that of Kilpatrick.

The recommendation was submitted to U.S. District Judge Nancy G. Edmunds who is presiding over the sentencing hearing scheduled for October 10th.