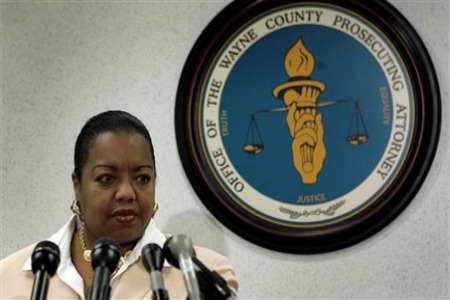 The endorsement announcement will be on the front steps of Detroit’s former police headquarters at 1300 Beaubien on Tuesday, October 1 at 1:30 p.m.