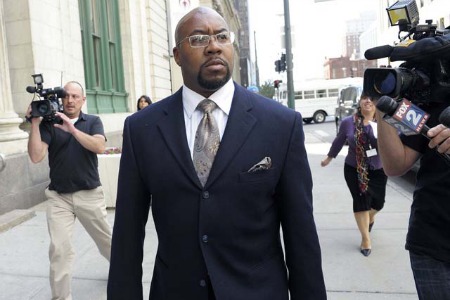 According to reports by the Detroit News:

FBI obtained a search warrant and made the seizures March 10, one day before a federal jury in Detroit convicted Ferguson and Kilpatrick for their roles in a City Hall kickback scheme. Their sentencing is Oct. 10