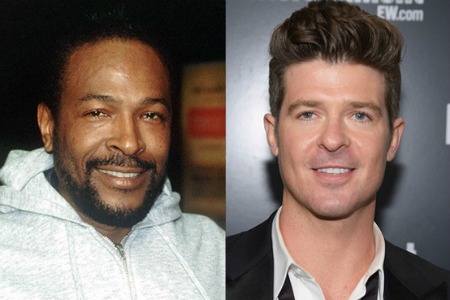 There is no doubt that “Blurred Lines” by White R&B singer Robin Thicke, who has long been popular in the Black community, is one of the most exciting songs of the year, and also without doubt the hottest recording of the summer.
Moreover, it found full acceptance on both Pop and R&B stations and the charts, reaching and holding on to the No. 1 spot for many weeks in the latter.
But the family of the late Marvin Gaye, most specifically his son, Marvin Gaye III, seem determined to not let go of the fact that the song bears a strong resemblance to Marvin Gaye’s 1977 supercharged party classic, “Got To Give It Up.”