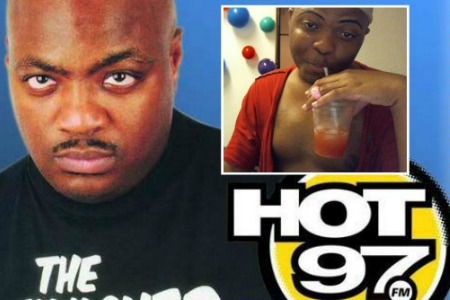 In an interview with Billboard Mister Cee explained late Wednesday night why he decided to resign from Hot 97 FM:
The main reason why I resigned is because there was a video that was released today that kind of implied that I was making a transaction with a transsexual, which is not true, by the way. If you watch the video, you don’t see my face, you don’t see that person’s face. So for me, it was really about stepping down for the sake of the station. It got to the point where my transgressions and my mistakes were affecting the station, whether it was affecting the station’s income, whether it was affecting certain clients that wanted to buy time during my hour and felt like they didn’t want to stand next to the brand because I was on the air at that time. To that point, instead of them telling me, ‘We’re gonna have to let you go,’ I just felt like the best thing to do was for me to step down because it’s obvious that whatever mistakes and transgression I’ve made, whatever’s being put out there is being put out there for the fact that I’m on radio.

To me, it’s almost like the Anthony Weiner thing, Mister Cee said. You step forward, you admit to what you are capable of and what you are doing. I went on the air in May and said, ‘Listen, I love prostitutes and I love strippers, this is my thing, but I am not gay.’ My case got dismissed this Monday, which nobody talked about, wasn’t in the paper, nobody talked about it, nobody leaked that story and then two, three days later, this happened. So once again, it’s like the Anthony Weiner situation whereas something is gonna continue coming up because it’s obvious that there are people out there who don’t have my interest at heart and don’t have Hot 97’s interest at heart.”