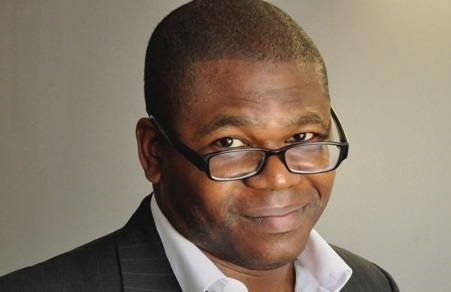 On Saturday, Aug. 24 the Reverend Al Sharpton’s National Action Network put on the “March to Realize the Dream.” The march was dubbed as a continuation of the original “March on Washington for Jobs and Freedom” that Martin Luther King and others put together almost 50 years ago. But, to be perfectly honest, had it not been for work I would not have been there. While marches on Washington are great, it is not clear to me that with some of the more dire problems facing this nation were going to be changed by walking along the National Mall on a hot August afternoon. This may have been a celebration of the past march, but it didn’t really feel like a continuation of the movement.

The public’s appetite for public activism has actually increased over the last 10 years between wars, two Bush administrations and a crippling recession. There were old people, young people, families, church groups, Greek organizations and just about anybody else you can imagine that believed in the dreams and ideas put forth by Martin Luther King.

I was struck by the larger number of parents that I met, from across the country that brought their children to the event, to sit in the heat from early in the morning until late in the afternoon, just so that they could ‘re-live’ an experience that many of them weren’t alive to experience either. I spoke with a woman from St. Louis who was a massage therapist, who described herself as ‘political.’ She flew her 13- year-old daughter and 17-year-old son to DC just for this experience so that they would know what it was like to be at a historic event. So that they would get a taste of the struggles that our people have endured to get anywhere in this country. There were plenty of posters and banners for jobs, ending stop and frisk and a tremendous amount of time and energy spent discussing a ban on “Stand Your Ground” laws.

All of this was pretty impressive, but as the day moved from sweltering morning to baking hot swampy DC afternoon I actually started to feel a little sad. I texted a few friends of mine telling them that something seemed to be ‘missing’ throughout the entire experience and I couldn’t put my finger on it. It was during the last couple of speakers that it finally dawned on me what I felt was wrong. Martin Luther King’s son and youngest daughter spoke, and they were followed by Al Sharpton. It had the feeling of warm up acts preparing you for the big event–and he delivered, and that’s when it finally dawned on me. I was not in the least bit inspired by the event. It was nice, I enjoyed the speeches, but it was not inspirational. It was not something that I hadn’t seen or experienced before, and most importantly I was no more motivated to action by the 50th anniversary march on Saturday than I was 24 hours before it happened.

When the first March on Washington for Jobs and Freedom took place in 1963, America was an apartheid nation. Unassailable laws oppressed and abused black people from all corners and any action taken against the government was essentially a death wish. The mere organization of the event was controversial, and Kennedy had the nation’s capital surrounded with over 16,000 federal troops ready to attack with the slightest provocation. Within the civil rights community there was also disagreement, Malcolm X repeatedly pointed out how the entire affair was co-opted and subsidized by white liberals, Roy Wilkins of the NAACP and John Lewis of SNCC battled over the content of speeches and marchers from all over the nation legitimately feared for their lives. Yet despite all of this, somewhere upwards of 250,000 people came, and simply being in a crowd of that many black folks, knowing that they had defied the federal government to even be there, was a huge inspiration. Some felt the original march was a show of strength, others focused on the demands placed at the feet of the government, many of the speakers saw the march as a show of support for John F. Kennedy’s Civil Rights Legislation. But in the end, everyone there knew and felt that this was a critical life changing moment in the country. That simply doesn’t exist today.

I would not dare suggest that the March would be ‘better’ if we were still in an apartheid state like we were in the 1960’s. However we today live in a slowly growing police and observation state, fostered on by our first African American president. We live in a nation bubbling over with violence due to the militarization of the police and civil liberties of all people (save for the occasional bone thrown at gay marriage) are being stripped right and left. And large showings of strength on the mall will not change any of those major issues. It will likely make the marchers feel good to commemorate that historic event, but it would take marches like this every weekend, in every state legislature from Texas to South Carolina and Arizona and North Carolina and Georgia and Florida before anything gets done.

So there is inspiration perhaps in re-enacting a major political event from the past, but there certainly isn’t any inspiration to be found in what may stem from this march. The nation’s problems are far wider and deeper than they were 50 years ago, and the tools needed to move the lever of justice are more complicated than simply putting boots on the ground.