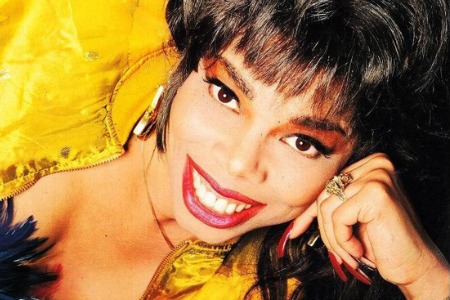 Millie Jackson, who has been called “the queen of raunchy soul,” among other things, was told by a Detroit reporter that she had just answered a somewhat touchy question with total honestly.

Jackson responded quickly, “That I have always been.”

Early on in her long career — she made the national charts for the first time in 1971 — Jackson, who has a wicked, no-subject-off-limits sense of humor, knew she had to do something different to distinguish herself from other female singers, as well as keep her audiences’ attention.

So she began doing lengthy spoken segments that were as hilarious as they were often shocking. For example, no one had ever heard, or has heard since, anything like her raunchy rap on “All the Way Lover,” featured on her best-selling 1977 album “Feelin’ Bitchy.” There is a reason why this particular song has received 25,206 hits on YouTube!

THERE IS no doubt about it: In addition to being a rhythm and blues singer in the purest sense, Millie Jackson is a comedienne. Many of the people in her highly specialized audiences are typically doubled up with laugher when she is doing one of her comedy segments.

But, it has to be noted that she is also very serious about her music, and sings with passion and a fire.

One perfect example of that is one of her three biggest hits, “If You’re Not Back In Love By Monday,” a radically revamped, slowed down version of Merle Haggard’s country hit. The song tells a powerful story and Jackson delivers the lyrics to perfection.

Another splendid example of Millie Jackson the deep soul singer at her best is the second of her top three hits, the unforgettable “Hurts So Good.” It is a classic performance, even though the message is not likely to ever win the approval of women’s rights groups. Still, it is reality.

MILLIE JACKSON was born in Thomson, Georgia, and later moved to Newark, New Jersey. However, by the time she was in her mid-teen she was living in Brooklyn, New York, with one of her aunts.

Jackson landed her first recording contract with MGM Records, but much to her disappointment, nothing of significance happened. But after signing with Spring Records, it was a completely different story, right from the start.

A whole new phase of Millie Jackson’s career began in 1974 when an album titled “Caught Up” was released. The songs, including a remake of Luther Ingram’s “(If Loving You Is Wrong) I Don’t Want To Be Right,” were about a three-way entanglement and all of the complexities involved. And yes, Jackson did plenty of raps.

That very successful album, not surprisingly, was followed by “Still Caught Up.” After another album (“Free And In Love”), “Feelin’ Bitchy,” one of Jackson’s best albums, was released. In addi­tion to “All the Way Lover” it included such gems as “A Taste of Outside Love,” “You Created a Monster,” “Angel in Your Arms” and the aforementioned “If You’re Not Back In Love By Monday.”

ONE ALBUM for which there was great expectations that were not lived up to was “Royal Rappin’s’,” a collaboration with superstar Isaac Hayes. It was a great idea, but the songs were way too ordinary to make the album outstanding. It needed spice.

There is a part of Millie Jackson’s live show that is hard to believe but absolutely true. The song is “Something You Can Feel” and during it the audacious songstress, shall we say, “gets up close and personal” in the most literal sense with men seated in the front row. (We can’t go into detail!)

And then there is Jackson’s infamous “symphony” song, which delivers a hard-hitting message to her critics in a classical music setting. (Millie Jackson is not a favorite among the Black upper class.) This sort of thing is clearly not for everyone, but even those who hate the song — and their feelings are understandable, all things considered — would have to admit that it is very clever and well done.

It is so very easy to believe Millie Jackson when she says she never sang in church!

In addition to being a singer, songwriter and comedienne, Millie Jackson proved herself to be a successful playwright in the early ’90s. The play, “Young Man, Older Woman,” toured the nation and was a success at every stop.

Millie Jackson is not everyone’s cup of tea, but for four decades she has been doing her unique thing and her impact cannot be denied. She is true to herself, knows what her fans want and gives it to them gladly.