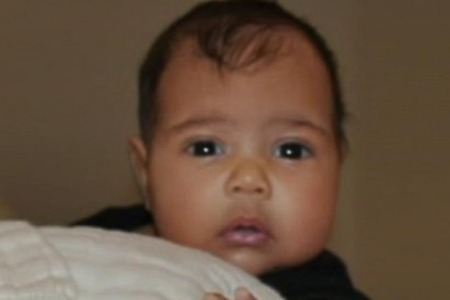 Of course, when some of us of a certain age hear North West, we think the Hitchcock classic, North by Northwest, not the daughter of reality show star Kim Kardashian and rapper Kanye West, aka Kimye.

But as promised, the two-month-old doting grandmother introduced the bouncing baby girl to the world Friday, Aug. 23 via her Twitter account. Kim quickly got in on the fun and posted a photo of the adorable babe on Instagram with the simple caption “NORTH.”

Kardashian fans have been waiting since North’s June birth to get a glimpse of the tot, who’s been at home with mom Kardashian for the past few weeks.

West and Kardashian opted not to introduce North to the world by way of one of the Kardashian family’s many reality shows, “Keeping Up with the Kardashians,” “Khloe and Lamar,” or Kris Jenner’s new talk show with Terrance

Referencing Kardashian’s past relationships with professional athletes, West joked, “I wanted to be with her so bad that I thought about picking up sports.”

“I can have people saying that this is going to damage your credibility as an artist or a designer, and I say, ‘I don’t care, I love this woman,'” he said, adding, “She’s my joy, and she brought my new joy into the world. There’s no paparazzi and there’s no blog comments that’s going to take that joy from me.”

Speaking about fatherhood, the rapper joked, “I’m supposed to be this musical genius, but I can’t work the car seat that well.”

West also said becoming a dad has changed his outlook on life.

And to put rumors and speculation to rest regarding selling baby photos, “It’s all this talk about baby pictures and can you get paid for the baby picture or do you want to put it on a magazine,” West said during the interview with Jenner. “And for me and your daughter we have not attempted to get paid for anything, we have not attempted to put it on a magazine. You just stop all of the noise and I thought it would be really cool on her grandmother’s season finale to bring a picture of North.” 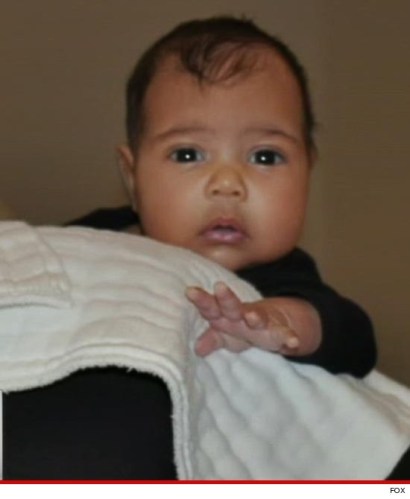