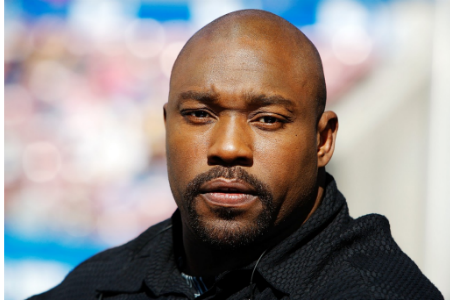 Recent NFL Hall of Fame inductee Warren Sapp is a man of many talents. After being inducted into the Hall of Fame, Sapp went to a party and busted some epic dance moves.
Warren Sapp entered the party rocking his Hall of Fame jacket and just enjoying the festivities when the DJ called Sapp on stage. Sapp, without missing a beat, grabbed the mic and said, “One time like my dog Ray Lewis used to do.” After that, came the epic dance break down. Let this be a lesson: don’t sleep on the big dudes when it comes to dancing because we get busy!