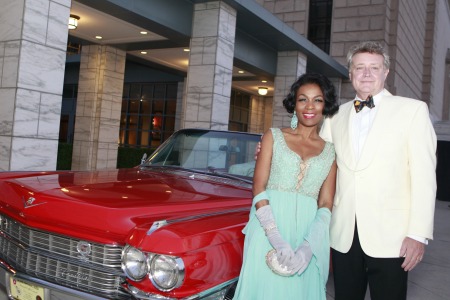 DETROIT, Aug. 5, 2013 — The City of Detroit today announced it will begin valuing all City-owned assets as part of the ongoing restructuring process. Emergency Manager Kevyn Orr said the valuations are a necessary part of the City’s efforts to restructure $11.5 billion of unsecured debt and invest in and improve public safety and other essential services for its 700,000 residents. The valuations do not portend a sale of any asset, Orr added.

“The City must know the current value of all its assets, including the city-owned collection at the DIA,” Orr said. “There has never been, nor is there now, any plan to sell art. This valuation, as well as the valuation of other City assets, is an integral part of the restructuring process. It is a step the City must take to reach resolutions with its creditors and secure a viable, strong future for Detroit and its residents.”

Outside experts also will be hired to provide valuations for other City-owned assets such as parking garages and parking meters, the Detroit-Windsor Tunnel, the Coleman A. Young International Airport and certain real estate holdings. The valuation experts will also advise the City on ways in which a restructuring could monetize or create value from the asset without a transfer of ownership.

Additionally, Orr announced that the City has contracted with Christie’s Appraisals, Inc. to conduct a valuation and appraisal on a portion of the City-owned collection at the Detroit Institute of Art (DIA). Christie’s will assist the City by recommending ways it could realize value for the art without having to transfer or relinquish ownership of it.

Orr said the selection of Christie’s comes after discussions with Detroit’s creditors, all of whom have asked for a valuation of city-owned assets. The Emergency Manager added that Christie’s stellar reputation in the international art community and its unparalleled expertise in art valuation make it uniquely qualified to perform this appraisal. Christie’s will also advise the City on non-sale alternatives for realizing value from the collection.

“Our goal is to preserve the value of all of the City’s assets and make sure they are rationalized in a way that value can be returned to its citizens and, in certain cases, enjoyed by the Detroit metro area’s residents for many years to come,” Orr said.

The City of Detroit, through its restructuring investment banking firm Miller Buckfire & Co., met with DIA officials in May to discuss ways the museum could help with the City’s restructuring. At the same time, Miller Buckfire, as part of its normal-course efforts to assist the City, informally approached Christie’s about conducting a valuation. Officials from Christie’s visited the DIA as part of its due diligence. No formal engagement between Christie’s and the City was established during that time.

Christie’s anticipates it will conclude the appraisal and provide a valuation to the City by early fall. Neither the City nor Christie’s plan to comment further on the status or findings of the appraisal until the process is completed.