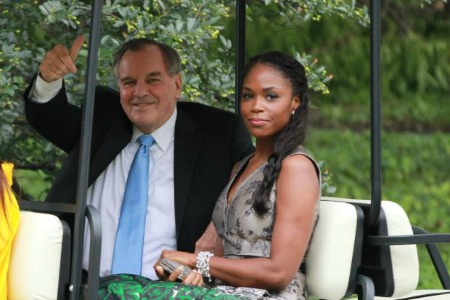 Former mayor of Chicago, Richard M. Daley, 71, has stepped out on the town with his reported girlfriend, Dr. Adele Joy Cobbs, 41, reports DNAInfo.com.

The couple officially made their national debut at the June 22 wedding party of financier Mellody Hobson, 43, and film-maker George Lucas, 68, who tied the knot at Skywalker Ranch in Marin County, California.