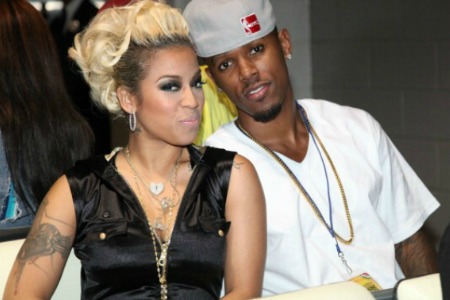 Keyshia Cole’s husband Daniel “Boobie” Gibson turned himself in to New Orleans authorities today.
According to TMZ, the NBA star was booked for 2nd degree battery and assault, the result of a nightclub fight during the 2013 Essence Music Festival in July. The 27-year-old is accused of punching a guy and breaking his jaw during a verbal argument.