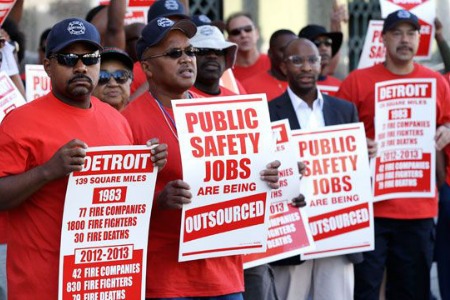 Could ObamaCare be part of bailing out Detroit? It’s possible, as city officials look for ways to cut on retiree health care cost as they begin bankruptcy hearings.

The New York Times reported Monday that the city is proposing a plan aimed at reducing its $5.7 billion in outstanding retiree health costs.

City leaders want to take those retirees too young to qualify for Medicare and send them into the ObamaCare insurance markets — which are scheduled to launch next year.
Doing so would ease some of the financial burden on Detroit by taking them off city coverage.