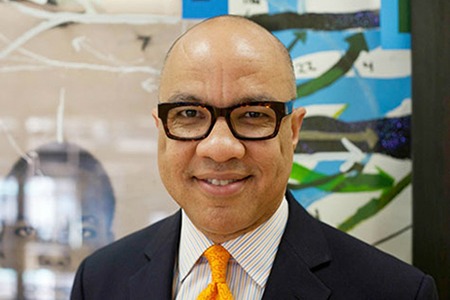 Darren Walker, who emerged from small-town Texas to an international career in law and finance before becoming a leader in the nonprofit and philanthropic worlds, will become the 10th president of the Ford Foundation this September, succeeding Luis A. Ubiñas, the foundation’s Board of Trustees announced today.
The Ford Foundation, with offices in the United States and ten regions worldwide, is among the world’s largest private philanthropies, with more than $11 billion in assets and over $500 million in annual giving.
“In Darren we have found a president of powerful and diverse ability, deeply committed to our mission and tradition of leadership in the social sector,” said Irene Hirano Inouye, chair of the Board of Trustees. “With extensive experience in both the private and non-profit sectors, a strong command of the substance of our work, and an engaging leadership style that relies heavily on collaboration and partnership, he represents the best of all worlds. He’s an excellent leader for a global organization with grassroots sensibilities, and we’re very proud that he emerged from within Ford’s own pool of talent.”
Mr. Walker’s appointment follows a broad national and international search that began when Mr. Ubiñas announced in March that he would step down after nearly six years of service.
“Our search included an extraordinarily high number of strong candidates and we are extremely grateful for the feedback, recommendations and ideas we received from across the world,” Hirano Inouye said.