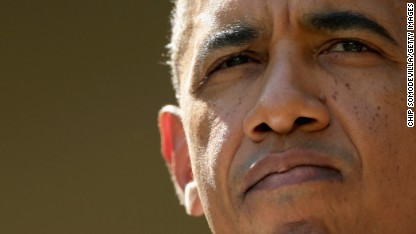 “Helping more of our young people afford college should be at the forefront of American’s agenda. It shouldn’t be a Democratic or a Republican issue.” — President Barack Obama, University of Colorado-Boulder, April 24, 2012

The Obama administration has called on Congress to swiftly pass a bipartisan compromise to keep student loan interest rates low this year. The bipartisan compromise, which is similar to a plan proposed by the president in the spring, will cut rates on all new loans this year and save a typical undergraduate $1,500 over the life of those loans.

The plan allows borrowers to benefit from the low interest rates currently available in the marketplace and guarantees that borrowers are able to lock in these rates over the life of their loans. In the future, fixed rates would be determined each year by market conditions, helping ensure that borrowers’ rates are more in line with the government’s own cost of borrowing, while capping how high rates can rise. The plan also represents a rejection of proposals designed to raise student rates in order to reduce the deficit.

Over $1,500 in Savings for a Typical Undergraduate: Under the compromise plan, a typical undergraduate borrower who borrows $6,922 will save about $1,545 over the life of those loans. A graduate borrower who borrows $25,666 will save $2,913 over the life of those loans and the average parent borrowing $17,980 working hard to support their child’s college education will feel the relief of $2,066 in savings on the loans they take out next year. Beyond saving money on their student loans, students and families will have the added protection of student loan interest rate caps in case market rates in the future become too high.

Protections Against High Rates: The plan caps how high student loan interest rates can rise—a key provision pushed by Senate Democrats — giving students protection against future economic conditions. Undergraduate loans are capped at 8.25 percent, graduate loans at 9.5 percent, and PLUS loans at 10.5 percent. These loans also include fixed interest rates over the life of the loan, protecting students from the risk that rates will fluctuate over time and providing certainty for borrowers.

A Fiscally Responsible Solution for the Road Ahead on College Affordability: The compromise plan rejects calls to raise student rates to reduce the deficit, while keeping the federal student loan programs on secure footing for the future. It also keeps the focus on the work ahead needed to tackle broader issues affecting college affordability for American families by ensuring we have the necessary resources available to keep investing in other critical higher education programs such as the Pell Grant program. Already, President Obama has made historic investments in college affordability through the expansion of the Pell Grant program, student loan reform and the creation of the American Opportunity Tax Credit. This compromise solution represents an important next step, as the Administration continues to work with Democrats and Republicans in Congress to tackle rising college tuitions and unaffordable debt.