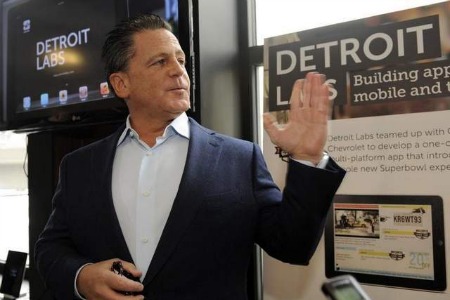 As local and national political leaders as well as pundits take shots at who and what is to blame for the bankruptcy of a major American city like Detroit, the business leadership in the city is pledging stronger support of the Motor City following news that Detroit filed for bankruptcy on July 18, becoming the largest municipality in U.S. history to seek chapter 9 protection.

Business leaders are pledging to stand by Detroit in this tough economic time despite what some national reviews have already said.

Dan Gilbert, founder and CEO of Rock Ventures and Quicken Loans who has bought more than 18 buildings downtown and relocated thousands of his employees to Detroit, called the chapter 9 filing the first step toward a better and brighter tomorrow for Detroit.

“The financial condition the city finds itself in was years, if not decades, in the making. Bankruptcy will be painful for many individuals and organizations but together we will get through it and come out stronger on the other side,” Gilbert said. “It’s important that we ignore the noise that this filing will surely bring. Many forecasted the end for GM and Chrysler when they declared bankruptcy just a short few years ago. Today, GM and Chrysler are thriving. Detroit will thrive again as well and sooner than most think.”

Gilbert said just as the auto companies reinvented the way they do business, so will Detroit.

“Once our financial challenges are behind us, the city, region and state will have a clean slate to operate with a philosophy and strategy that works for its citizens, businesses and the entire community,” Gilbert said. “We are all in. We are more committed than ever to Detroit and the opportunities downtown. Detroit’s best days are ahead.”

Sandy Baruah, CEO of the Detroit Regional Chamber, agreed with Gilbert that the chapter 9 filing is necessary.

“Bankruptcy is the bold step needed to finally address Detroit’s financial problems in a meaningful and sustainable way. While nobody welcomes the concept of bankruptcy, it is necessary to solve the long-term structural financial challenges of this historic city,” Baruah said. “This decision puts the city on a path to achieve its most essential function — providing Detroiters the services they deserve — and sets the stage for a growing, vibrant Detroit. The private sector is thriving and businesses continue to invest in Detroit. Addressing Detroit’s financial instability is the final barrier to robust growth.”

The Detroit Institute of Arts, the assets of which have been mentioned as possibly facing liquidation in a bankruptcy filing, issued a statement expressing disappointment that Orr has decided to enter chapter 9.

“Like so many with deep roots in this city, the Detroit Institute of Arts is disappointed that the emergency manager determined it was necessary to file for bankruptcy,” the DIA said. “As a municipal bankruptcy of this size is unprecedented, the DIA will continue to carefully monitor the situation, fully confident that the emergency manager, the governor and the courts will act in the best interest of the city, the public and the museum.”

The DIA said it remains committed to its earlier position that the “Detroit Institute of Arts and the City of Detroit hold the DIA’s collection in trust for the public and we stand by our charge to preserve and protect the cultural heritage of all Michigan residents.”

However, Judge Ray Reynolds Graves, a former federal bankruptcy judge, said in an interview with this writer that protection of the DIA’s assets depends on what takes place in bankruptcy court.

“In chapter 9 all kinds of contracts get broken and breached to free the entities from burden. But the person who suffers the breach has the right to file a claim,” Graves said.