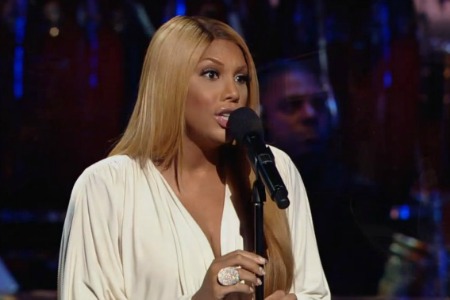 Tamar Braxton may have given birth to her first child six weeks ago, but that isn’t stopping her from making career big moves! The new mommy is grabbing her son Logan and hitting the road with John Legend for his “Made To Love” tour this fall. According to reports, the “Love and War” singer has signed on as the opening act for the six-week tour, which will kick off October 20 Mashantucket, CT and end December 1 in Los Angeles. Braxton’s highly-antipated sophomore album is scheduled to hit stores on September 3, the same day as John Legend’s album Love in the Future.