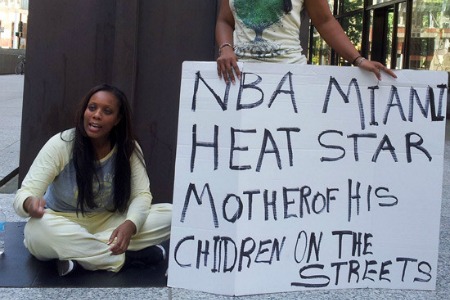 Hell hath no fury like a woman scorned. Dwyane Wade’s ex-wife Siovaughn Funches Wade must really feel scorned because she has been doing everything in her power to embarrass D. Wade and their family. In her latest stunt, Siovaughn Funches Wade staged a sit-in protest outside of a Chicago courthouse claiming D.Wade left her homeless and destitute. The NBA superstar and his attorneys have released a statement claiming Siovaughn is lying.