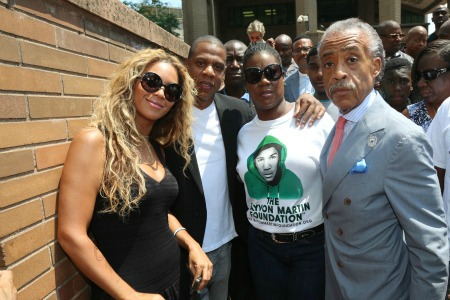 Crowds gathered today across the nation in 100 different cities throughout the United States to lend voice to prayer vigils and rallys in honor of Trayvon Martin’s memory. In New York City chants of “I am Trayvon Martin” or “No justice, no peace!” could be heard far and wide.
According to the Huffington Post, Rev. Al Sharpton one of the event’s organizers, spoke to crowds saying when he first heard about the Trayvon Martin case he immediately flew to Sanford to a rally. Prior to boarding the plane, Sharpton learned that his own mother had passed away.