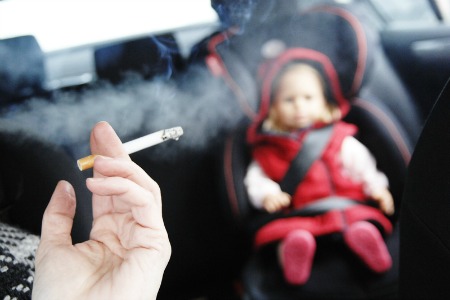 A new poll shows 82 percent of adults support banning smoking in cars when children under 13 are riding in the vehicle.

According to the latest University of Michigan Mott Children’s Hospital National Poll on Children’s Health, support is strong for prohibiting drivers and passengers from smoking when kids are in the car. However, only seven states nationwide have laws banning the practice.

“Smoke is a real health hazard for kids whose lungs are still developing, and especially for kids who have illnesses like asthma where the lungs are particularly fragile and flare up when exposed to secondhand smoke,” says Matthew M. Davis, M.D., M.A.P.P., director of the C.S. Mott Children’s Hospital National Poll on Children’s Health.