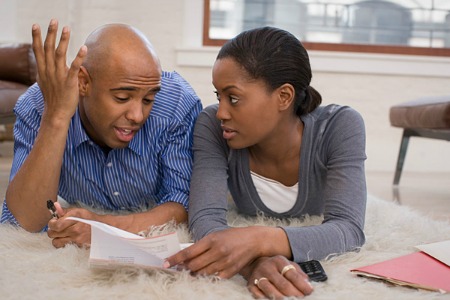 A recent CNN article talks about the far-reaching effects of student loans and how student debts are causing students to delay spending, saving – and marriage. The majority of borrowers said they had not anticipated having such a difficult time repaying their loans and 60% feel some amount of regret
about the decision to fund their education using loans. Kerrigan is a college graduate who has not even bothered to look for a girlfriend though being married has been his dream. During the economic
downturn, he found a job as a security guard.
“I am absolutely sure that no girl would look at what I do and consider me a prospect for marriage.” Said Kerrigan. “Making money is all I care for – and I see that as the only way I will attract a girl.”
His story is among the many singles who postponed marriage because of having ‘not made it’ yet in their career. Some couples who are considering forming a family are holding back as they could not even meet the basic financial requirements to be independent — staying at home with their parents, carpooling to work etc.
Marriage expert and bestselling author Hellen Chen, whose marital advice has been showcased in over 200 publications, radio and TV interviews in 18 countries worldwide, has a unique viewpoint from her experience as an unorthodox matchmaker. She has helped over 100 men and women to get
married regardless of their background. Chen said, “In generations before us, we do not hear of such reasoning that a guy or a girl needs to have financial achievements in order to marry. Yet, in modern society, ‘no money’ has been one of the top reasons why someone has delayed marriage. “
Chen observed that career has come before marriage instead of the healthier way of having career and marriage at the same time — forming a family while striving for success in a career.
Chen sees this as a dangerous trend that is eroding the basic building blocks of society. When the idea of forming a family is suppressed by ‘lack of money,’ men and women have already lost their dream of having a family. “All my attention was on making money – nothing else.” said Kerrigan,
who then attended one of Chen’s Love Workshop last year. At Chen’s matchmaking effort, he married his current wife Amy and Amy is now 6 months pregnant. “I have no idea that a married life would bring so much to my life.” said Kerrigan. “I have never felt that life could be so complete with
someone by my side. And with our baby who is arriving, it gave me more motivation to strive harder. My wife and I are working together to overcome any financial difficulties. I could not ask for more!”
“There is no rule in marriage.” said Chen, who has worked with many singles and couples personally, and some of them for many years to help them through various difficulties of keeping a relationship.
Chen documented these real-life stories in her book “The Matchmaker of the Century.” This book subsequently became the Number One bestselling relationship and marriage book on Barnes and Noble. “All these ‘rules’ and ‘conditions’ about having to have money first before getting married are laid in for the sake of having security. But if having money is a security in marriage, why are we seeing divorces affecting well-to-do people anyways?” said Chen. “You can have love and money. Being married does not rob a person of career opportunities. But getting married will help a person mature faster and become more able to accomplish more in his or her career.”
Chen added. For young adults, Chen advised them to work hard and have their own career paths but never delay marriage because of money. “You are only 20 years old or 27 years old once. You want to be able to do everything together – work, marry and raise children. Waiting drains
your energy. But having a family energize you and strengthen your base.” Chen said. To help working professionals to learn how to step into marriage and balance marriage and career, Chen has started a series of Love Seminars around the world. She has also launched a “Love You Forever” campaign and will personally married off at least 60 singles this year. For more information about Chen’s familial philosophies, visit https://MatchmakerOfTheCentury.com