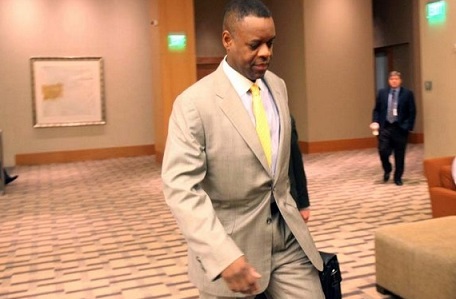 A plethora of leaders in Detroit and around the region are responding to news that today the city filed for Chapter 9 bankruptcy.
Emergency manager Kevyn Orr today asked a federal judge to put the city into bankruptcy protection, and if this is allowed it would make the Detroit the largest municipality in U.S. history to do so.
Detroit mayoral candidate Benny Napoleon said it is a significant move with untold consequences.
“Now that the emergency manager has filed Chapter 9 bankruptcy for the city of Detroit, it is very difficult to speculate what happens next. It makes us the largest American city to ever experience it, which means that we are truly in uncharted territory,” Napoleon said.
“Bankruptcy must leave the city in a position to provide services to its residents. With that, we will focus on delivering outstanding services that are core to our residents, and with my One Square Mile Plan, we can begin to transform Detroit one square mile at a time together.”
The Detroit Institute of Arts, the assets of which have been mentioned as possibly facing liquidation in a bankruptcy filing, issued a statement expressing disappointment that Orr has decided to enter chapter 9:
“Like so many with deep roots in this city, the Detroit Institute of Arts (DIA) is disappointed that the emergency manager determined it was necessary to file for bankruptcy.
“As a municipal bankruptcy of this size is unprecedented, the DIA will continue to carefully monitor the situation, fully confident that the emergency manager, the governor and the courts will act in the best interest of the City, the public and the museum.
“We remain committed to our position that the Detroit Institute of Arts and the City of Detroit hold the DIA’s collection in trust for the public and we stand by our charge to preserve and protect the cultural heritage of all Michigan residents.”
Michigan Gov. Rick Snyder, in a media conference call with journalists Thursday evening, said he instructed Detroit’s emergency manager to seek chapter 9 because “we need to focus on improved services for city residents. I see this as an opportunity for a fresh start. This is our opportunity for a comeback.”