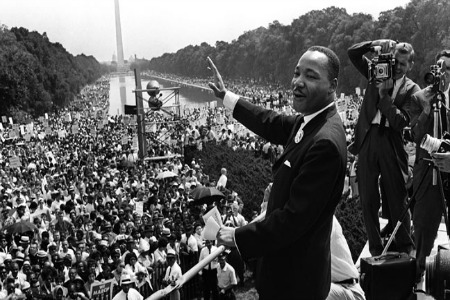 The King Center and the 50th Anniversary Coalition are calling on people and organizations across America to help culminate the 50th anniversary of The March on Washington and Dr. Martin Luther King, Jr.’s “I Have a Dream” speech with “Let Freedom Ring” bell-ringing events at 3:00 p.m. Eastern Standard Time on August 28th, a half-century to the minute after Dr. King delivered his historic address. In other nations, there will be bell-ringing ceremonies at 3:00 p.m. in their respective time zones.

“We are calling on people across America and throughout the world to join with us as we pause to mark the 50th anniversary of my father’s ‘I Have a Dream’ speech with ‘Let Freedom Ring’ bell-ringing events and programs that affirm the unity of people of all races, religions and nations,” said King Center C.E.O. Bernice A. King. “My father concluded his great speech with a call to ‘Let freedom ring,’ and that is a challenge we will meet with a magnificent display of brotherhood and sisterhood in symbolic bell-ringing at places of worship, schools and other venues where bells are available from coast to coast and continent to continent.”