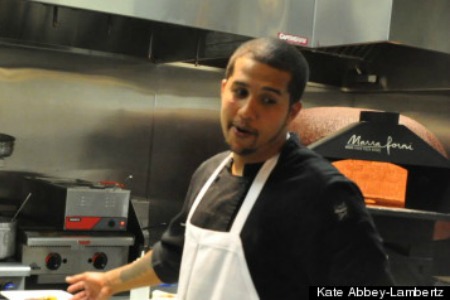 When Ariel Millan received a message at 5:40 a.m. Monday that his sous chef Mateo Burns was having a baby, he said okay and went back to sleep.

Several minutes later, the executive chef of Detroit’s newest Italian restaurant woke up with a start and an expletive, sent a congratulatory text and headed into Ottava Via, to spend the next day and night cooking up a storm. The eatery is set to open imminently as owners await final permits from the city. As the Ottavia Via team works out the kinks ahead of a forthcoming grand opening, they tested out a pared-down, but no less delicious, menu of thin crust pizzas, entrees and salads.