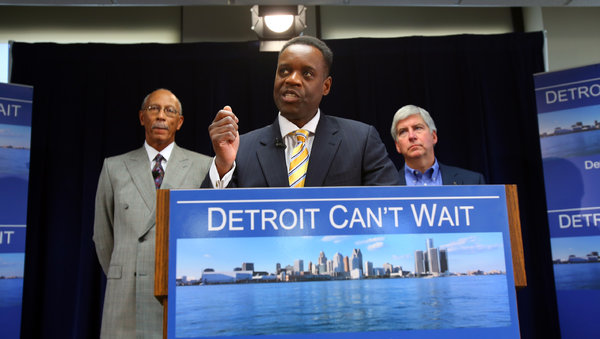 Gov. Rick Snyder today authorized Detroit’s emergency manager to seek federal bankruptcy protection for the city, saying it was the only viable option to provide the 700,000 people of Detroit with the public services they need and to restore the city.

“The fiscal realities confronting Detroit have been ignored for too long. I’m making this tough decision so the people of Detroit will have the basic services they deserve and so we can start to put Detroit on a solid financial footing that will allow it to grow and prosper in the future,” the governor said. “This is a difficult step, but the only viable option to address a problem that has been six decades in the making.”

Snyder’s decision allowed Detroit Emergency Manager Kevyn Orr to make a filing under Chapter 9 of the federal bankruptcy law. Orr filed for Chapter 9 protection today shortly after receiving authorization from the governor. Chapter 9 protects financially distressed municipalities from creditors while their debts are resolved under the direction of a bankruptcy judge.