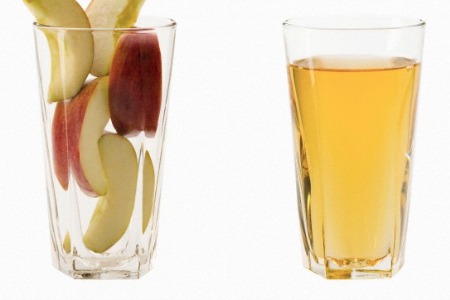 The Food and Drug Administration (FDA) has agreed to set a new, and stricter, limit on the permissible amount of arsenic allowed in apple juice, following a year of pressure from consumer groups regarding the dangers of children drinking the juice over long periods of time.

Here are the safety facts that you need to know…

Studies have shown that the juice contains very low levels of arsenic, a cancer-causing agent found in everything from water to soil to pesticides. While the FDA has previously claimed that the arsenic levels are not dangerous to consumers, they’ve decided to limit the permissible amount to the same level currently permitted in drinking water.
Under the new regulation, apple juice containing more than 10 parts per billion could be removed from the market and companies could face legal action. Agency officials stressed that the vast majority of juices on the market are already below the threshold.
“Overall the supply of apple juice is very safe and does not represent a threat to public health,” said FDA Commissioner Dr. Margaret Hamburg, in an interview with The Associated Press. “We decided to put forward this proposed action level to give guidance to industry and to assure ongoing safety and quality.”
Many experts – including the government and consumer advocates – agree that drinking small amounts of apple juice isn’t harmful. The concern involves the effects of drinking large amounts of juice over long periods of time.
Another point of agreement is that children under 6 shouldn’t be drinking much juice anyway, because it’s high in calories. Health experts say children under 6 shouldn’t drink any more than 6 ounces of juice a day – about the size of a juice box. Infants under 6 months shouldn’t drink juice at all.
The American Academy of Pediatrics said Friday children should be encouraged to eat whole fruit.