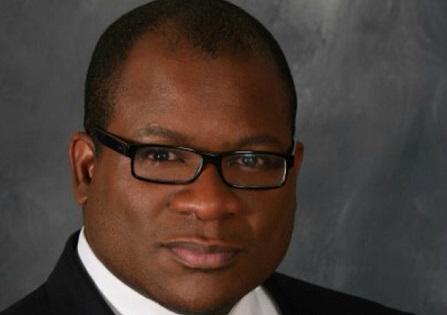 “I am honored to have been elected to such an historic organization,” said Jackson. “In this digital age, I understand the challenges we face and I am excited to work collaboratively to create viable solutions that will benefit all NNPA members.”

CEO of Real Times Media since 2006, Jackson has diversified the company by building a multi-media platform while maintaining the newspaper as the core focus of the business.  Under his leadership the company produces more than 50 annual community-focused events in 27 markets around the country, creates nearly 100 specialty tabs and niche publications every year, and dispatches digital news to more than 400,000 individuals.

“I am glad to have a visionary such as Hiram Jackson to join the NNPA board,” said Cloves Campbell, Jr., chair of the NNPA board and the publisher of the Arizona Informant.  “I admire the things that Real Times Media is doing and am certain that he’ll be an asset to the growth and evolution of the organization.

Real Times Media, the largest newspaper organization within the NNPA, is a multi-media company that includes a conglomerate of five other newspapers – the Chicago Defender, Pittsburgh Courier, Atlanta Daily World, Memphis Tri State Defender and FrontPageDetroit.com.  Rod Doss, publisher of the New Pittsburgh Courier, was also elected to the board.

Established more than 70 years ago by the founder of the Michigan Chronicle John H. Sengstacke, today the NNPA consists of 200 newspapers with a combined readership of more than 19 million.  At the first meeting, the organization had the representation of 20 commercial newspapers.

Dubbed the “voice of the community,” the Michigan Chronicle is one of the oldest and most prominent African American newspapers in the country.  Founded in 1936, the Chronicle has been recognized five times as Best Black Newspaper in the country by the National Newspaper Publisher Association.  With readership of 150,000 and a robust online platform, the weekly newspaper is committed to covering a community underserved by mainstream media.