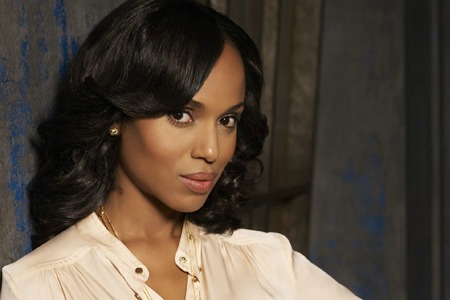 When Kerry Washington first read the script for “Scandal,” the ABC drama that has created a sensation, the kind that only happens every now and then, she knew right away that Olivia Pope was a character tailor-made for her.
Olivia Pope is a powerful crisis manager who manages “Pope & Associates,” located in Washington, D.C. She also is also having an affair of long duration with the president of the United States.
Her enthusiasm for the script notwithstanding, Washington has said that she would not have accepted the role had the president in the script been Black, because some people might think the show was based, at least in part, on the current president, Barack Obama, the first African-American to be elected to the most powerful office in the country and, indeed, the world.
Washington is a big Barack Obama supporter and would not want to do anything that could possibly be a bad reflection on him, his wife, Michelle, or their family.
“Scandal,” like that historic presidential election, offers solid proof that America is making progress in his quest to become far less hampered by race.
“One of the most profound thngs for me about the show,” said Washington, “is the number of White women of all ages who come up to me and say, ‘I want to be Olivia Pope.’ The fact that White women can see this woman as an inspirational character is revolutionary in the medium of television.
“I don’t think White women would feel that way about about Olivia if her identity as a woman, period, wasn’t first in their minds.”
Among Kerry Washington’s films are “Ray,” “Mr. & Mrs. Smith,” “For Colored Girls” and “The Last King of Scotland.” — SVH